Z Nation is a true blend of most popular TV genres. It’s a dramedy horror action post-apocalyptic TV series created in the USA and aired on Syfy. The creators of the series are Karl Schaefer and Craig Engler. The production matters are carried out by The Asylum. The first season release date is the 12th of September 2014. Was mostly filmed in Washington area.

In November 2015, Z Nation was prolonged for season three with a new episode released on the 16th of September 2016. It’s one of the most anticipated series and the fans are willing to know when the show is planned to be continued. 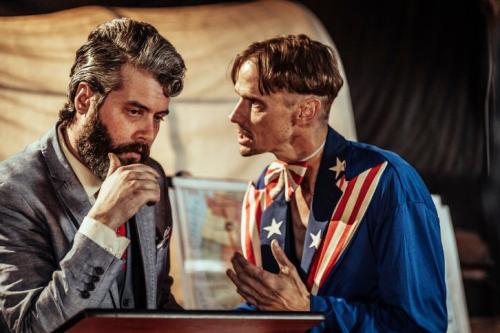 Z Nation demonstrates three years ago events. The world is devoured by a zombie apocalypse provoked by some unknown virus. The humanity is slowly disappearing from face of the planet. One of the main characters of the series is named Murphy. At the very start of the apocalypse, he was an inmate at Portsmouth Naval Prison. He was a participant of the governmental experiment. He was injected with a test vaccine and later attacked by zombies. He managed to survive after the attack never turning into a zombie. This way Murphy becomes the only one who can provide the world with an antidote. He is the last hope for the planet.

The plot revolves around a group of people transporting Murphy to California’s research lab that is still working on the vaccine. However, the members of the group doesn’t know that Murphy is actually dangerous keeping a terrible secret inside of him. 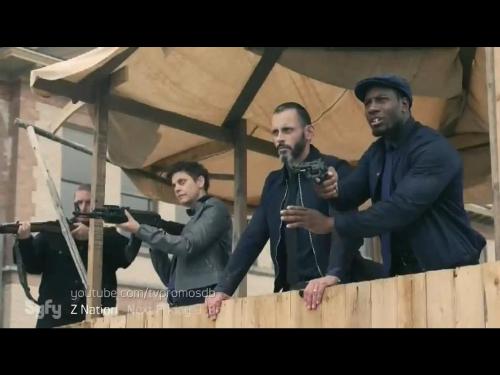 Kellita Smith acts as Lt. Roberta Warren, one of the survivors. Changed several survival groups. Lost almost everything precious to her. When Garnett dies, she becomes the leader of the group.

DJ Qualls portrays Simon Cruller often referred to as “Citizen Z”. He was a hacker before the apocalypse started (He was working for NSA). He missed the evacuation and became the only NSA’s survivor. He uses high-tech equipment on the group’s journey to California. He also uses radio trying to save other survivors and inform them about upcoming threats. He has minimum shooting experience, but he’s extremely clever and logical.

Michael Welch portrays Mack Thompson, hockey player. Addy’s boyfriend. Was used to protect her and always stayed behind her. Was bitten by zombies in the second season.

Keith Allan acts as Alvin Bernard Murphy – a former convict and the only one survived after being attacked by zombies. Involuntarily participated in a scientific experiment. Slowly becomes part zombie developing special gifts.

Anastasia Baranova acts as Addison Carver – a former Blue Sky camp member. Mack’s girlfriend. She’s a communication specialist in the group. Has a trauma slowly weakening her. Uses a metal bat with spikes to fight zombies.

Russell Hodgkinson acts as Steven Beck referred to as Doc. A psychologist recovering from drug addiction. A medic of the survivor group.

Pisay Pao acts as Cassandra – one of the initial survivors. Was bitten by Murphy and became a half-zombie controlled by Murphy. Was given mercy after the attack on her group members.

Nat Zang acts as “10K” referred to as “The Kid”. The youngest in the group. Experienced sniper and pretty good with a knife. His aim is to kill 10,000 zombies (as his nickname says).

For the full list of characters and cast get to IMDb. 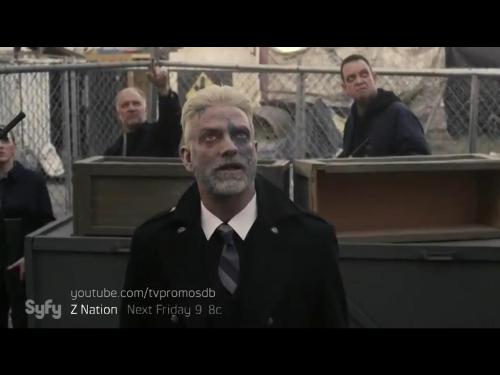 The fourth season release date of Z Nation remains unknown, but it’s high popularity gives us full rights to state that it will surely be continued in 2017. The show’s got incredible potential and growing viewership.