Wayward Pines is a science fiction, mystery and thriller TV series created in the USA. The original idea belongs to Blake Crouch’s novels with the same name. The development was realized by Chad Hodge and the director of the pilot episode was M. Night Shyamalan. Both of them are the executive producers of the project. There are two seasons in the project with 20 episodes in total.

The action is set in the mysterious place called Wayward Pines, Idaho. In season 1, Ethan Burke (portrayed by Matt Dillon) works for American Secret Service. He’s an agent dealing with investigation of mysterious disappearance of other two agents. One day Ethan wakes up after a serious car accident. It turns out that he can’t interact with the world outside his town cause the town is surrounded by electrified fences. 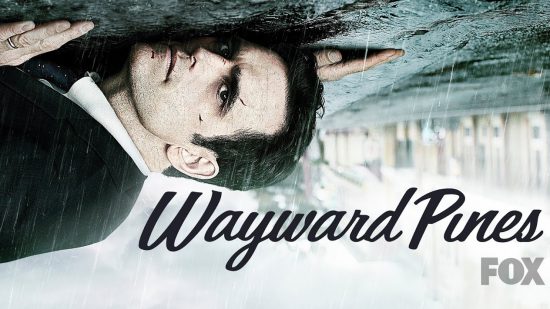 One of his fellow agents is dead. The other agent is a woman named Kate Hewson (portrayed by Carla Gugino). She’s Ethan’s former lover. The idyllic town in the past is now surrounded by fences and totally controlled by a set of rules and restrictions. The rules are created by Sheriff Arnold Pope (portrayed by Terrence Howard). It’s impossible to escape from Wayward Pines and every attempt to do that is severely punished. Ethan is willing to reveal the mysteries and understand what’s going on.
In season 2, storyline concentrated on Dr. Theo Yedlin (portrayed by Jason Patric) – a surgeon stuck in the center of conflict between Jason Higgins (portrayed by Tom Stevens) and Ben Burke (portrayed by Charlie Tahan). Jason Higgins is the First Generation leader in Wayward Pines. Ben Burke is the head of a group of underground rebels. He’s Ethan’s son. 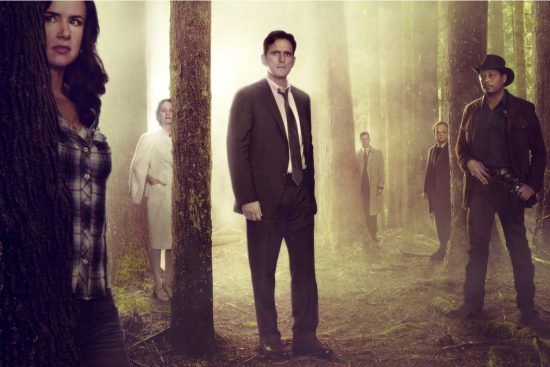 The second season didn’t turn out to be as successful and it looks like the producers decided to cut it short.

The premiere episode was released on the 14th of May by Fox Channel. The first season finished airing on the 23rd of July 2015. On the 9th of December 2015 the series was renewed for the second season. It was planned to be finished on the 27th of July this year. The second season didn’t get as favorable ratings as the first one, and the creators say that the storyline is complete saying nothing about the renewal. The second season has just finished and it’s not a good time to make any predictions about the future of the project. However, FOX Channel doesn’t say anything about the cancellation of Wayward Pines.