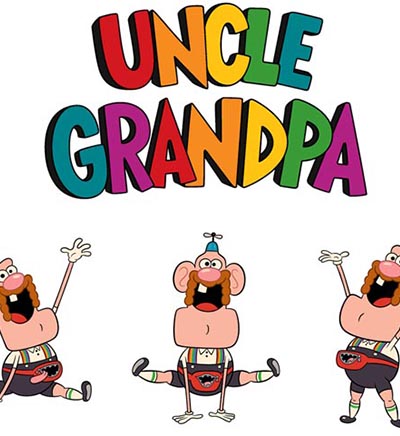 Was Uncle Grandpa among the 10 shows that were renewed by Cartoon Network? When will Uncle Grandpa: season 3 premiere? Were there any official announcements from the channel’s administration regarding the new episodes of the popular animated show?

The animated comedy show Uncle Grandpa run on a large American animation channel Cartoon Network. The show’s creator and executive producer is Peter Browngardt (who also was working on Secret Mountain Fort Awesome and Chowder). Curtis Lelash (known for Over the Garden Wall), Jennifer Pelphrey (she worked on Black Dynamite), Rob Sorcher (known as the producer of Ben 10: Omniverse), and Brian A. Miller (Clarence) are the show’s producers. Browngardt turned his earlier work, an animated short (together with The Cartoonstitute studio) of the same title, also a spin-off for Secret Mountain Fort Awesome, into a TV series. The show’s premiere was in September 2013 on CN.

Renewal of the show on Cartoon Network

The second season of the show was out in March 2015. It was renewed for another season at the notable press conference, during which Cartoon Network made an official announcement on continuing Uncle Grandpa, Adventure Time, and 8 more shows in the new TV season of 2015-2016. Most like, it will premiere in Q1 2016.

Uncle Grandpa is a unique animated product which consists of 11-minute episodes that feature the main story and visual jokes, cliches, and funny metaphors. Apart from the main characters, Uncle Grandpa (voiced by Peter Browngardt himself) and his friends, the show focuses on other characters in its side-stories. The main idea is the existence of Uncle Grandpa who, as his name suggests, is both grandpa and uncle to all the people at the same time. Every episode, Uncle Grandpa visits children and helps them to solve their problems in the most surreal way. Apart from Browngardt, the actors who voiced the characters are Kevin Michael Richardson, Eric Bauza, and Adam DeVine.

Are you watching the show? Do you like it?

If you are eager to know the official release date of Uncle Grandpa: season 3, stay updated with us by following this page.