Trailer Park Boys original idea belongs to Mike Clattenburg – the director and the creator of this unusual mockery series. The show is concentrated on the adventures of people travelling in trailers and living in trailer parks. Some of the residents are former convicts from a fictitious place named Sunnyvale Trailer Park in Dartmouth. Trailer Park Boys started filming in 2001 to continue Mike Clattenburg’s project of 1999 with the same title. The first season of the show was broadcast by Showcase. The finale of the series was planned for 2007. In December of 2008, the producers released a special concluding episode entitled “Say Goodnight to the Bad Guys”. The series was over. 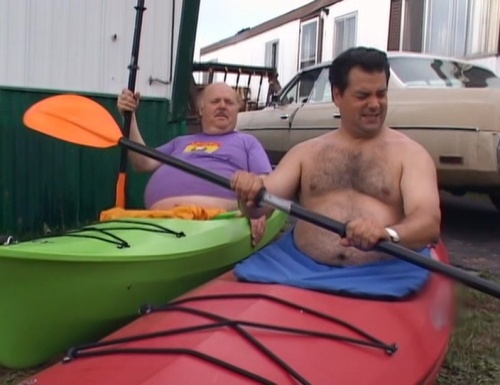 The series is set in Sunnyvale Trailer Park. The main characters are Ricky (portrayed by Robb Wells), Julian (portrayed by John Paul Tremblay), and Bubbles (portrayed by Mike Smith). Every new episode demonstrates their misadventures that include making money committing small crimes and carefully hiding from the police making complicated schemes beforehand (however, these plans are not always successful).

Ricky and Julian constantly get in and out of prison because most of their plans fail. All seasons following after the first one were created according to one and the same cyclical pattern: in the end of every season, the guys’ schemes finally succeed adding a bit of optimism to their future. The premiere of every new season usually explains the failures of the previous season. The devoted fans already know that almost each of the seasons ends up in jail with one of the main characters or all of the characters imprisoned. 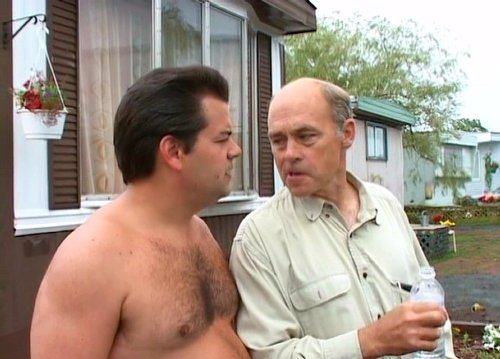 Every character has particular traits in behavior and manners. For example, Julian is a leader of the group responsible for arrangements and schemes while drinking rum and Coke. Ricky considers himself dumb constantly asking for Julian’s advice. He’s incompetent in most questions and situations. Bubbles has spectacles to magnify his eyes, drives a kart, and always feels unhappy when Julian and Ricky have arguments. Shares his shed with a lot of cats.

Jim Lahey, a supervisor in the park, is usually drunk. Loves saying “shit” adding it to almost every sentence creating accidental metaphors that the fans are used to call “Shitisms”. 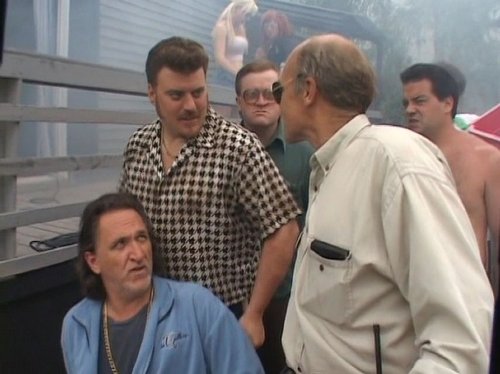 In summer of 2016, social media announced that Season 11 was ready to be released, because the filming is over. Trailer Park Boys is planned to be released in 2017, but there’s no news on the 11th season release date yet, it will be scheduled soon.