The Get Down is an American music drama series depicting the events of 1970-s. The creators of it are Baz Luhrmann and Stephen Adly Guirgis. The series premiered on Netflix in 2016. 6 episodes of the 1st season were released. The premiere episode was released on the 12th of August this year. 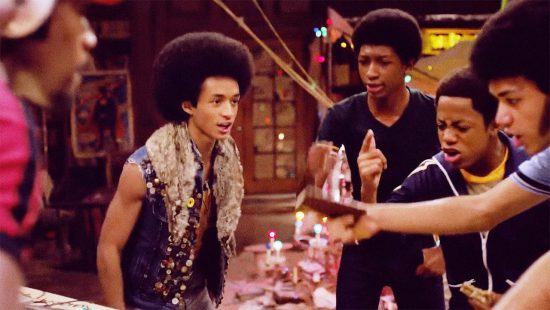 The production of the series was announced in February of 2015. Before that Luhrmann had devoted about ten years to the development of the series’ unique concept. The Get Down was called a mythic saga taking place in New York on the verge of bankruptcy. The show is totally devoted to the consequences of those hard times – hip-hop, punk and disco.
Grandmaster Flash, Nas and Kurtis Blow, the rap legends, assisted the team and the crew in order to become examples for the group of young actors having no idea about the depicted period of time.

Season 1 is split in two. The first part, consisting of 6 episodes has already been released and is fully available on Netflix Channel. The second part of season 1 is planned to be released in the beginning of 2017. Quite a number of critics called the first part a true work of art. The show doesn’t produce the impression of the series. It looks like a big movie made up of smaller pieces and standout moments.
The fans have already aroused the talks about season 2, but Luhrmann replied that he was planning to work on other projects and had no plans for further development of The Get Down.