Are you the fan of revolutionary music that changes the minds of people for better? Punk, hip-hop, disco – all these styles are created only for one reason.  Are you aware of this reason? No matter what your answer is, look forward the premiere of the upcoming series under the title “The Get Down”. 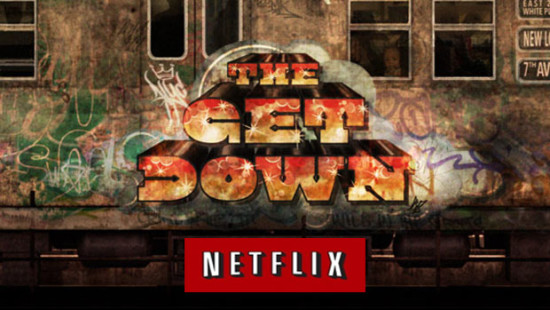 The series is going to be created by Baz Luhrmann. It presents a very curious fact that he has been developing this idea for the project for the entire ten years. That’s why there is so much ground to predict the upcoming success of the story.
The home channel for the serial is reckoned to be surely Netflix that is considered to be the network full of debuts in this year.
The story comes to be dramatic. The plot centers in a town that is half destroyed and with an extremely low level of living. However, this poverty managed to influence the creativity and perfectness in music and other cultural spheres.
The director once stated that the minds of his colleagues in the scripting screw were full of ideas to bring them to light because some of them had to live the story in their past. Thus ,the series should be perfect if to take into account this fact.
Luhrmann is also an executive producer of the show alongside with Catherine Martin, Marney Hochman Thomas Kelly, Stephen Adly Guirgis, Paul Watters, Shawn Ryan. 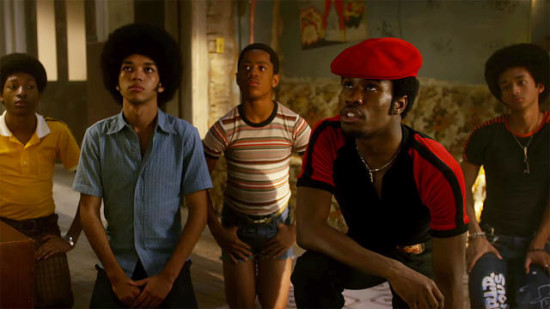 The series is a music drama that s held in a violent New York City during the 70s of the previous century.
The plot enlarges upon a team of South Bronx young people who are entering the style of hip-hop, punk and disco.
Only they can light the fire in this gloomy world uniting the revolutionary forces against the system. They are to change this city, this country, and the whole world for better by means of creating their artful music.

Some words about the acting cast

The star crew of the series consists  of Justice Smith,Mamoudou Athie ("Grandmaster Flash"), Shameik Moore, Giancarlo Esposito,Tremaine Brown, Jr., Herizen Guardiola, Jimmy Smits ("Francisco Cruz" aka "Papa Fuerte")Yahya Abdul-Mateen ("Cadillac"), Skylan Brooks and Jaden Smith (Marcus "Dizzee" Kipling).
Thus, the acting crew is quite promising as well as the mood of a director and producers in order to make a conclusion that we are to have another hit in the genre of a serial. 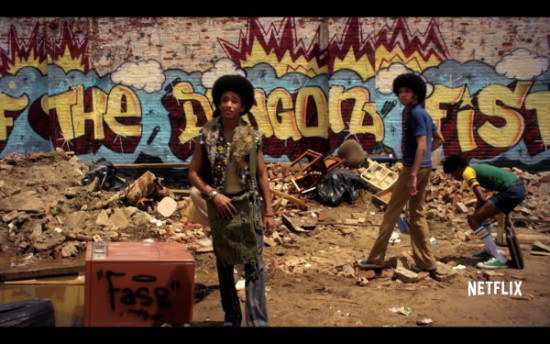 According to the updated information from the home channel, the premiere is appointed for the end of this summer.  The Get Down release date is if to be more concrete August 12, 2016. So you can mark this day in your calendar.
In this day, it is planned to launch only one part of the series. The second chapter launch date remains now, unfortunately, unknown. The first part will include full six episodes.
While waiting for the premiere, enjoy the already launched trailers and posters and keep tuned in order not to miss the information about the upcoming serial.