The Netflix network has begun the work under the series of The Crown, a British drama about the rain of the queen Elizabeth II and her knotty relationship with the prime ministers.

The Crown is a new American biographical TV series about the history of the British Royal family, primarily about the twists and turns of Elizabeth Windsor’s life from her wedding day in 1947 till the current days. The first episodes will appear in 2016 on Netflix. This American streaming service places its bets on the serial drama, preparing budget of almost 157 million dollars. It turns to be the most expensive Netflix creation. The company schedules to shot sixty episodes in six seasons, starting from 1947 till the present days. Netflix has determined upon the new series as the great popularity of “Downton Abbey” showed the rapturous interest in British dramas. 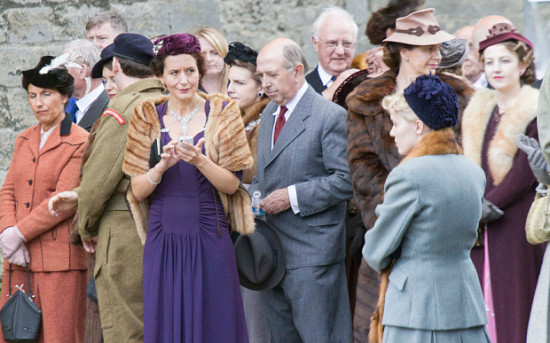 “The Crown’s” creator and screen-writer is Peter Morgan (“The Queen,” “Frost/Nixon”, “Rush”) who first pitched an idea of revealing the life of Buckingham Palace in his award-winning play “The Audience” in 2013. Morgan co-works with director and executive producer Stephen Daldry (“Billy Elliot”, “The Reader”, “The Hours”) and producer Andy Harries (“The Queen”). This is a new joint project which continuous their co-working started in the theatre.
In the first two seasons the young queen will be played by Claire Foy, the title actress in series “Little Dorrit”. Matthew Smith (“Doctor Who”) is starring the Duke of Edinburgh and John Lithgow (“Rise of the Planet of the Apes”, “Interstellar”) as Prime Minister Winston Churchill.

A scabrous series for the monarchy 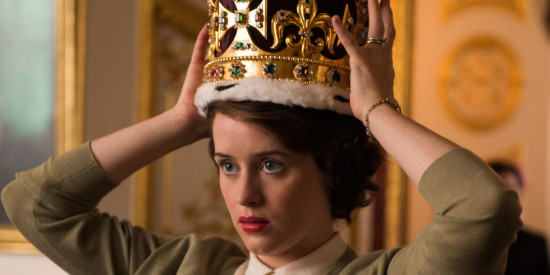 Early seasons will expose the beginning of the rein of Elizabeth II who is that time a twenty-five years old princess who is faced with the need to head the world’s leading monarchy and mend fences with Prime Minister Winston Churchill.
The creators say the series focuses on the history of “two addresses” – the Queen’s residence Buckingham Palace and 10 Downing Street, the official residence and office of the Prime Minister. The series is about hidden court intrigues, love affairs and machinations in the Palace that go hand in hand with the world’s greatest events of the second half of the twentieth century. They insist that the drama unfolds not only the private life of the court but also the broad view on the life of that time, the slow decline of the British monarchy, the world in blank dismay and an incipience of the new era.
The premiere of “The Crown” is set for 2016. The first shots capture the wedding process in the famous Ely Cathedral. The costumes have become the biggest part of the expenditures, though the real wedding dress of the 21-year-old princess was a symbol of austerity.

Official trailer of The Crown