The show The Blacklist is making a surprise for its fans in the form of the 3rd season. While they are waiting for the new episodes, all of you might be wondering, what is there to wait from the TV series?
The criminal drama series The Blacklist has been a huge success in the previous years, and it continues to hold good ratings. The NBC channel’s top people have decided to extend it for one more season expecting that it is received as well as the latest one. What will the show’s creators present us with to keep us enthralled and entertained?
The Blacklist success is backed up by the statistics. Thus, the season premiere in September 2014 had 12.3 million people watching the course of events. The following episodes attracted a vast number of viewers as well – up to 10 million each. The 1st season has a similar story, and we all hope it will be repeated when the third season is out. 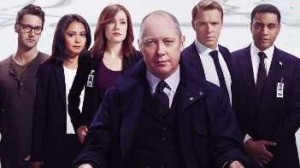 The story unfolds around the protagonist named Raymond Reddington, also known as “Red”. He is an ex-navy officer who has walked the criminal path, after which he voluntarily surrendered to the FBI. He managed to exchange his inside knowledge of the criminal world for his freedom.
The show is currently aired on the NBC channel. Netflix has acquired the broadcasting rights from them for $2 million each episode. This way, having the backup from the popular network, The Blacklist show has gained some more reputation.
The release of the third season of The Blacklist is scheduled for September 2015.
How do you think, is the show’s popularity well-deserved?