Check this out if you’re waiting for the 2nd season of Super Mansion. We’re constantly searching for updates on most anticipated series, films, reality shows and other TV projects. If you’ve got something to add to the article, share it in the comments down below.

SuperMansion is a new popular American TV project. It’s and animated sitcom TV series aired on Crackle channel in the US. It consists of short episodes 22 minutes long. The creators of the series are Zeb Wells and Matthew Senreich. The producing companies are Moon Shot Entertainment and Stoopid Buddy Stoodios. Executive producers are Seth Green, Bryan Cranston, Eric Towner and John Harvatine. The first episode’s premiere was in October 2015. 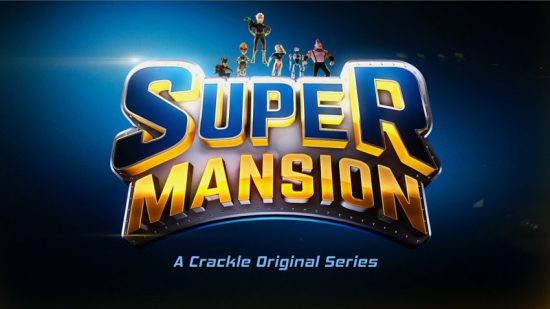 The storyline is concentrated on Titanium Rex (he is voiced by Bryan Cranston – Emmy-Award winning actor, also participated in creating of the Breaking Bad). Rex is the leader in the team of superheroes called League of Freedom.
Bryan Cranston as Titanium Rex – the protagonist of the show and the leader in superheroes’ team. Wears a cape and has superpowers. He’s super strong, super adaptable and wise. He’s got love affairs with lots of women which provokes confusing situations.
Tucker Gilmore as Black Saturn – he’s a vague resemblance with Batman. Uses strange gadgets and boomerangs. Comes from a wealthy family and is always despised for being immature and unable to do anything by himself.
Keegan-Michael Key as American Ranger – a parody on Captain America. He’s been frozen for quite a lot of time and is always haunted by habits and reminiscences of the past – Japanese attacks, Nazi Germany… He also can get why the black president rules the country. 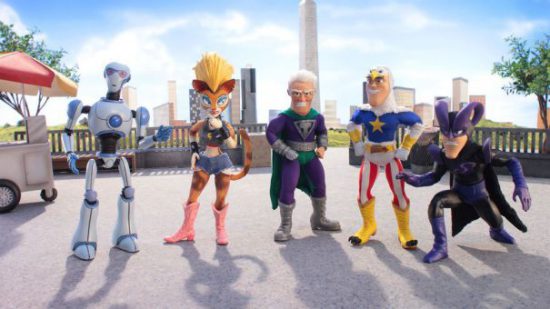 Zeb Wells as Jewbot – robot man. Called a Jewbot because his creator was a Jew. Wears a rabbi hat and is considered to be the cleverest in the team.
Tom Root as Brad – blue-haired pink man. A parody on Hulk. He’s strange and huge. Nevertheless, all of his powers are a result of his addiction to drugs.
Heidi Gardner as Cooch – a female cat. No one likes her, though sometimes she actually tends to be useful. In a relationship with Brad.
Jillian Bell as Lex Lightning – Titanium Rex’s daughter.
Clark Duke as Groaner – does the dirty work in the team.
Seth Green acts as multiple characters.
The cast (the voices): Bryan Cranston as Titanium Rex, Heidi Gardner as Cooch, Tucker Gilmore as Black Saturn, Keegan-Michael Key as American Ranger, Tom Root as Brad, Zeb Wells as Jewbot, Jillian Bell as Lex Lightning, Seth Green as Adolf Hitler, Matthew Senreich as Special guest, Jon Bernthal as Special guest, Tony Cavalero as Johnny Rabdo, Donald Faison as Special guest, Chris Pine as Special guest, Famke Janssen as Frau Mantis, Breckin Meyer as Johnny Scanlon, Ron Perlman as Blazar, Michelle as Trachtenberg Blood Moon.

The renewal of the show for the second season was officially announced already in April this year. It’s going to be released in early 2017.