Serving as a sequel to the old story about the Arkwright corner shop, Still Open All Hours has managed to replicate the success of the original series. Two seasons are already available for watching with the third one waiting for its launch turn. Additionally, on December 25, 2016, the special episode is expected to be released. Mark this date on your calendar in order not to forget it.

This sitcom provides us with a fresh portion of jokes since December 2014 having been broadcasted on BBC One. The rigorousness of the program selection on this channel can make us believe in the worthiness of this project immediately. 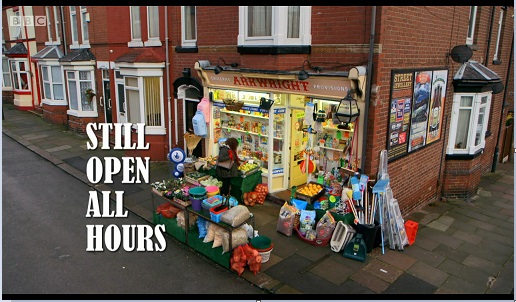 The British comedy has got two seasons already with the latest debut having been arranged in December 2015.
Digging into the background of the story, we find out that the series is considered to be a sequel to Open All Hours, that used to be a popular one running within the period of 1976 and 1985. These two projects are created by the same person named Roy Clarke.
The acting cast of the sequel includes the names of David Jason, James Baxter, and Maggie Ollerenshaw.

The narrative enlarges upon the daily life of the owner of the Arkwright corner shop named Granville. He has inherited it from his Uncle Arkwright.
Running the undertaking in harness with his son Leroy, Granville is still aiming at building up relationships with his old flame named Mavis.
Apart from this, Granville should expose new schemes in order to make a fortune and return the fame to his business. 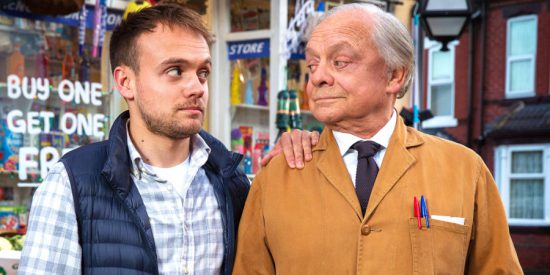 The feedback from the release of two seasons is controversial indeed. In any case, it has created much buzz around it and it is worth this at least.
What are the disadvantages of the reincarnated sitcom according to the point-of-view that the opponents hold? Well, the very humor is reckoned to be dated there. The character of Ronnie Barker (Uncle Arkwright) has been eliminated from the show and this hasn’t turned to be to the liking of the audience, as they consider it the pivotal character without whom the show is just impossible.
On the other hand, the followers of the sequel state that the story has its freshness with new characters added to the old cast. A lot of time has passed since the previous releases and surely, changes are unavoidable.
The ratings show that the series is extremely popular despite those portions of criticism. The viewership constitutes 9 million people. This is a rating breakthrough!
Surely, it is for you to decide whether to follow the sequel or not. Nevertheless, the figures should inspire you to try a few episodes, at least, in order to size up the situation. 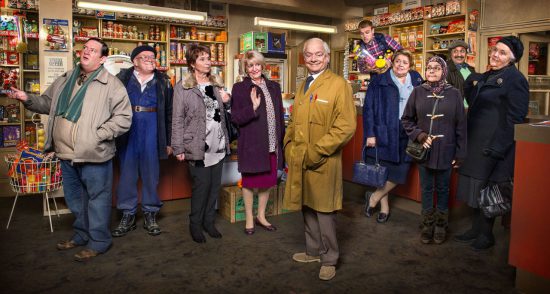 According to the present state of affairs, the series is renewed for the third installment. The Still Open All Hours season 3 release date is unknown yet but it is announced that we should be prepared to follow the Special December 25, 2016.
Stay tuned with us if you are hungry for more in order to receive news as soon as it comes off.