StartUp is a criminal TV series created in the USA. The show is aired on Crackle from the 6th of September, 2016. Startup is a thriller about hackers wrapped into an action movie atmosphere. The show will keep you intrigued and connected at a time.

The action of Start Up is set in Miami. The show demonstrates what can happen when a successful idea gets used by wrong people in wrong circumstances. The plot is concentrated on three strangers that have to deal with funding a tech company. They use dirty money for it. They slowly get in contact with a Haitian gang. In order to succeed in their business they have to fight. The first trouble on their way is an FBI agent doing everything the way he wants to. Martin Freeman, one of the leading actors in the cast, portrays an FBI agent named Phil Rask. He’s harsh, rude and filled with repressed anger especially towards women.

The 54-minute pilot of the show contains six sex scenes. Startup isn’t afraid to play with pornography what makes the series pointless for a number of viewers. Some of them think that these sex scenes filmed mostly for male-gazing were created to somehow fill the gaps in the plot adding no sense to it.  The first episode follows a group of people trying to develop a digital currency (the same as Bitcoin). However, this development has nothing to do with legal business and it’s based on fraud funds.
When Startup finally succeeds in leaving sex scenes behind getting back to storytelling it looks smarter than most part of the criminal series. Its storytelling looks like an unexplored part of the cinematic universe. It’s smart and compelling. At some points, it’s even educational. 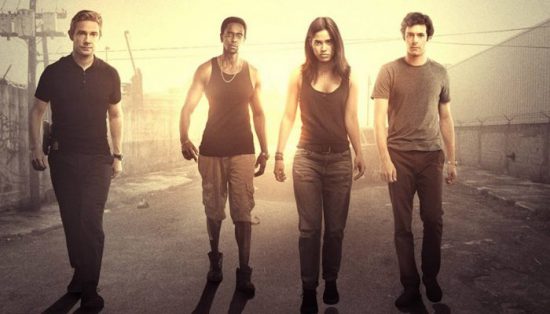 However, these intriguing moments of interest are rare and irregular. Startup tends to demonstrate the way of life of a sex-starved teenager, getting into strip clubs, joining dangerous gangs, dealing with prostitutes, cocaine and weapons. Yep, sometimes he deals with hacking.

There’s no info about the future of the project and the producers are yet to decide whether they want the continuation or not, cause Crackle is busy with a number of other projects to develop. We’re constantly tracking a number of channels and networks in order to get the latest news on different TV projects. Don’t forget to check our posts for updates if you don’t want to miss the premiere episode of the second season of StartUp.