While some series in the genre of horror are so terrible that to watch them alone is simply impossible, the show, which recently appeared on the television channel IFC is not just a horror show, it’s a horror show with elements of comedy that can be met infrequently. This is about the project Stan Against Evil, which has successfully completed its broadcast recently. But when the first season came to an end, the majority of the audience, which had come to love this project, got puzzled with a logical question: when will Stan Against Evil season be renewed for season 2? Release date of the new episode hasn’t been mentioned yet. But there is pleasant information for the fans: the creators have recently decided to renew the series for season two, so the coming of the next part should be awaited in 2017. 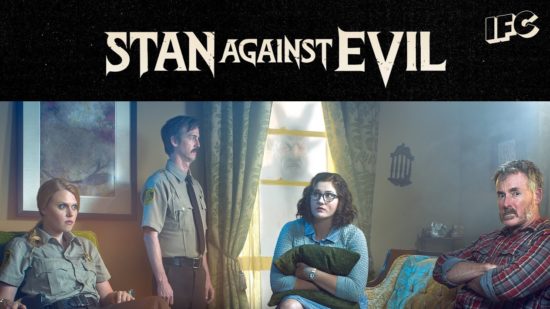 The pilot season air date was presented on November 2, 2016 and included 8 episodes; the running time of each of them is about 22 minutes.
The creator and the main producer of Stan Against Evil is Dana Gould, an American comedian and writer. Executive producers are such as:

The project runway was also possible due to the work of scriptwriters:

The companies distributing the series and responsible for all the possible future air dates are Radical Media and 3 Arts Entertainment; the channel broadcasting Stan Against Evil is IFC, a famous American TV network. 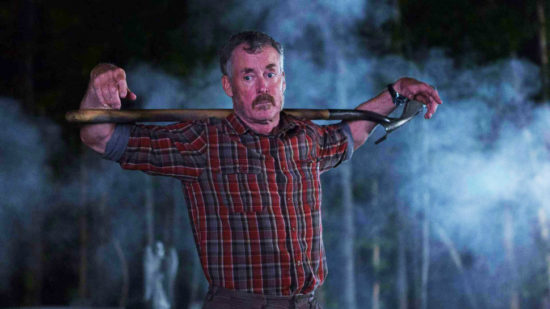 The topic that is revealed in the series is connected with demons that take their origins from the old era of witch hunts. All the action takes place in one of the small towns in the territory of New England, and displays the life of the former sheriff named Stanley Miller (an American comedian John C. McGinley) and present sheriff Evie Barrett (an actress of an American origin Janet Varney). They come together daring to save the city from the onslaught of evil forces and protect its citizens and themselves.
The atmosphere of horror is greatly diluted with humorous inserts, making the show easier to perceive. The first season premiere was appreciated highly, and the continuation is being strongly awaited.

The pilot season release date was being awaited by the audience of 0.2 million viewers; the rating on IMDB is of 6.7/10, which is not much but enough for the continuation.
As it has been noticed, the creators have already decided to return the show on the screens. There haven’t been any finale conclusions yet, but the main news is that season 1 is not the last. Stay tuned not to miss the schedule and be aware of possible changes in the cast and plot of Stan Against Evil.