Silent Witness is a drama series produced in Great Britain. The series is released by BBC. It focuses on a group of pathology experts dealing with everyday crime affaires. The series is one of the longest ones – it started airing in 1996, and it’s still on. The creator of the series is Nigel McCrery.

The central character of the original series was Professor Helen Whitwell from Sheffield – a forensic pathologist. McCrery was acquainted to her when he worked in the local police. Later the show followed Professor Sam Ryan – a female pathologist portrayed by Amanda Burton. But this character departed in the eighth season. Supportive characters were regular almost all of the time till 2002. Later the slowly took the leading roles. In 2004, Emilia Fox was introduced to the series to portray Dr. Nikki Alexander. Dr. Alexander works as an assistant in a number of cases taking part in the investigations. 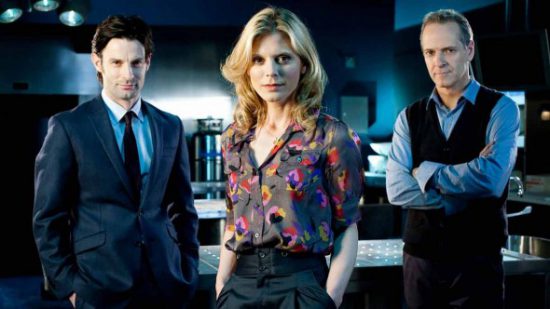 The action of the first three seasons was in Cambridge. Then the series was pushed to London, because the main character got an academic position.
The show focuses not only on pathology. It’s about detectives and their investigations. They vary from episode to episode with a number of guest stars constantly appearing all along with regular main characters.

Silent Witness series turns 20 in 2016. Emilia Fox, the one playing the role of the main heroine promised that season 20 would be something really exciting with a number of mysteries and twists. It’s going to be a big year for the show and it’s going to plunge deeper into the background of the main characters. The release date hasn’t been confirmed yet, don’t forget to check for updates.