If the book became the basis for the series, it means that the story is interesting to the viewer and its development will just please the audience. Therefore, the authors of the series Shooter took definitely the right decision, presenting their product recently. The basis of this project has become the idea of ​​Stephen Hunter’s novel, which had the same name. The series was first introduced in mid-November, but its last episode has not yet been shown. Despite the fact that the program is still being broadcasted on TV channel USA Network, its fans, who came in large numbers after the season premiere, are increasingly asking the authors the show about when Shooter season 2 is going to return with its new episode. Release date of the next part hasn’t been mentioned yet, but it’s already known, that the creators have officially confirmed the continuation. So the lovers can breathe easily and just wait for the following part.

The main creator and developer of Shooter is John Hlavin, a well-known director and producer. His colleagues also developing the series are executive producers, and among them are worth mentioning the following ones:

According to earlier schedule the first season air date was first set for September 2016, but later this date was changed for November 15, 2016 because of the tragic events in Dallas.
The main distributors of Shooter responsible for all the following possible air dates are Paramount Television, Closest to the Hole Productions, Leverage Entertainment and Universal Cable Productions. The channel which is broadcasting the current 10-episode part and which is sure to present the coming second season release date is USA Network. 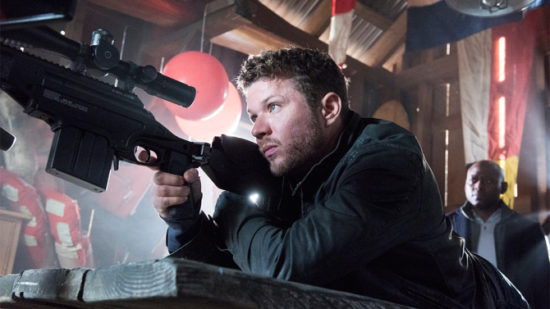 The role of Bob Lee Swagger, the main character, got an American actor Ryan Philippe. This former sniper is facing serious problems, because he is unwillingly involved in a plot against the President, who must be killed. In the struggle for justice the hero is faced with many challenges, protecting himself and his family from the impending threat.
Among the other actors who took part in the film, should be noted such as:

The first season start was shown to the audience of about 1.44 million viewers, and this result is really impressive; on IMDB the rating of Shooter is 7.7/10. There is still no any finale information about an exact release date, but what is more important is that the show is going to be officially renewed for season two. The following part is likely to be launched in 2017, so stay tuned not to miss the moment when new season will air.