That’s a sitcom from Canadian TV created by a father and a son: Eugene and Daniel Levy. The premiere episode was released by CBC Television on the 13th of January 2015. In the USA the series is aired on Pop (earlier the channel was called TV Guide Network). The production is realized through Not a Real Company Productions. There are 2 seasons released with 26 episodes in total.

The stars of the series are Eugene Levy (Johnny) and Catherine O’Hara (Moira Rose). They portray a wealthy family couple after a serious financial crisis. They are now forced to completely change the way they live, to rebuild their habits and start everything once again. The only thing left for them was to move to a small house in town of Schitt’s Creek in Ontario. Some time ago, they bought it as a joke, but now it’s the only place where they can live. Johnny and Moira have two adult children that live in a rundown motel in two adjacent rooms.
Schitt’s Creek is filmed in Goodwood, Ontario. The motel scenes are filmed are filmed in Ontario while the other scenes are filmed in Toronto.
The creators used the idiom "up Shit Creek" as a title. It literally means “without a paddle”. This idiom describes an extremely difficult situation, as if you’re being stuck on a boat unable to get out of a terrible situation. It is a wordplay with "Schitt", which is a real Germanic second name. 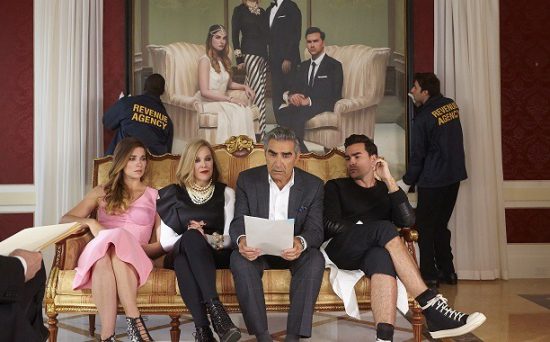 Schitt’s Creek got a rating of 50% on Rotten Tomatoes, basing on 14 reviews. The general rating is 6.6 out of 10. The critics say that the title of the series is the best joke, but the way that Eugene Levy and Catherine O’Hara perform gives the plotline a comedic boost. The first season of Schitt’s Creek got 62 out of 100 score on Metacritic, basing on 10 reviews, that are generally favorable.
In 2015, the show’s first season got two awards from Directors Guild of Canada in three nominations. In 2016, the first season got nine Canadian Screen Awards. 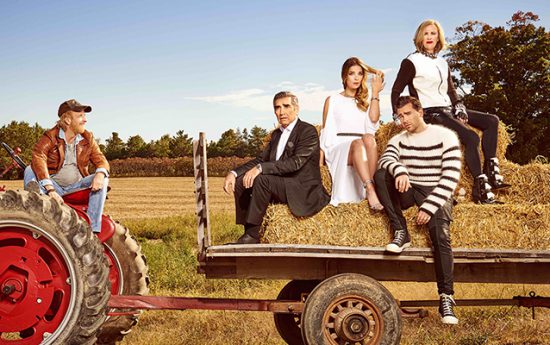