The historical series about the 1916 rebellion in Ireland is still on the bubble, as developers are hesitating whether it is worth creating the continuation of the story or whether it is better to leave things as they end in with the release of the final episode of the first chapter.

With Ruth Bradley and Paul Reid in the major roles, Rebellion stands as a historical series narrating about the struggle of Irish people for independence from the British crown. 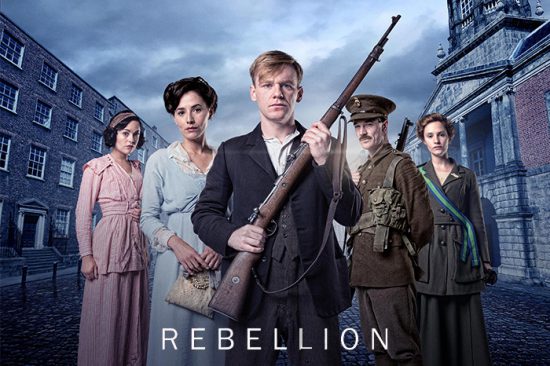 The fiction drama is packed in the miniseries directed by Finnish director Aku Louhmies. The writing part is performed by Colin Teevan. A considerable portion of effort in order to create a worthy project was given by the team of executives composed of again Teevan, Catherine Magee, and Clare Alan.
The series acting crew includes such names also as Brian McCardie, Tom Turner, Michelle Fairly, Michael Ford-FitzGerald, Lydia McGuinness, and Ian McElhinney.
Among premieres, we should point out two ones – in Ireland on RT? in January 2016, as well as in the USA on Sundance amidst the following spring.

The series comes to enlarge upon an important period in Irish, as well in British history – the 1916 Easter Rising in Ireland. As we see, this year the 100th anniversary of this rebellion is celebrated. However, we should begin with this one – the push for this rebellion was the outbreak of World War I.
The expectations from the campaign failed to come true soon after the outbreak. It led to nothing but a decreasing of the stability in the society and this was an immediate push to start struggling for Irish independence.
The series revolves around a group of friends from Dublin, Belfast, and London as they come to play crucial and at the same time contradictory roles in Ireland’s search for independence. 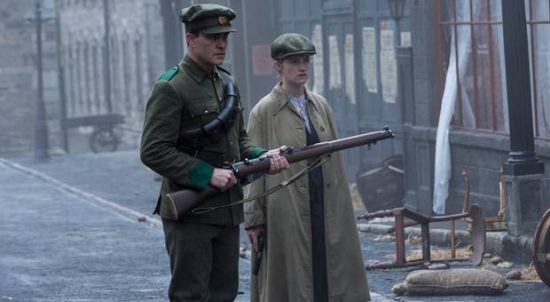 Much to the regret of all of us, the series is not noted for great rating numbers. The peak of the viewership is reckoned to be 646,000 of watchers. It is the unfortunate dynamics in spite of the theme of the story that has been expected to be received with flying flowers. These figures are for the release in Ireland. What was going in the USA then?
The release in the US was sadder than in Ireland. The series was not supported with the average figure constituting about 70,000 watchers.
The score on various websites is also not promising. For instance, IMDb offers only 6.7 points out of 10 while on Rotten Tomatoes, it is even less than average – only 40%.

Can we hope for the release of another chapter?

Surely, there is a certain chance that the story will be given another opportunity to start getting traction and to become popular. The future of the story is yet on the hook. There are only hopes in our hearts that can make the situation not so sad.
Let’s keep abreast of the situation in the case the Rebellion season 2 release date appears in the near future.