The Real Housewives of New Jersey is one of the installments of the US reality TV franchise. The debut season release date was 2009. New Jersey is the fourth destination of the show, which also includes 8 more locations in the US.

After the long wait of almost 2 years, Season 7 was announced with a season premiere set to be July 10, 2016. The new Episode 18: Reunion Part II to be aired on November 13 looks to be a Season 7 finale.

In Season 7, Teresa Giudici, Melissa Gorga and Jacqueline Laurita reprised their roles. New main characters Dolores Catania and Siggy Flicker entered the fray, and cousins Kathy Wakile and Rosie Pierri appeared as guest stars. Reportedly, all the above mentioned personalities will return for Season Eight. The addition of two new participants is being discussed, with long-time guest star and known devil’s advocate Kim DePaola rumored to become a mainstay.

The Jersey-based show, like other staples of the Real Housewives series, revolves around a specified group of females, living in a certain area, and displays the twists and turns of their relationships and professional activities. In Season 7, with her hubby doing time in prison, Teresa looks to make amends with the people she loves and cares about. Meanwhile, after her quality time with the Gorgas, Melissa is now afraid all her efforts and good will may still mean nothing and turn to dust. Jacqueline continues to be the center of negative attention being her combative self, at the same time trying to take care of her autistic son. Dolores, Teresa’s and Jacqueline’s old friend is striving to play the role of peacemaker for the pair, but in the end, be it a willful choice or not, causes controversy. Jax’s other friend, the lively Siggy, blends right in with the group with her positivity. However, when these five personalities seem to have found common ground, the shit hits the fan.

The show’s Season Seven debuted with an audience of 1.74 million, slightly reducing to 1.54 million shortly after the start. The number of viewers has been decreasing slowly as the episodes go by, but the show still contributes to the network’s overall share of audience, and is likely to be continued. Despite the not so warm reception by the critics, the show can still boast a certain level of popularity and interest as the lure of “guilty pleasures” like this one hardly ever wears out. So Season 8, while up in the air, is almost certain to happen. 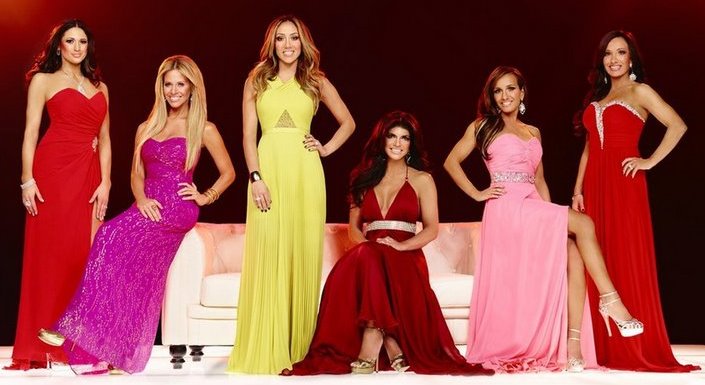