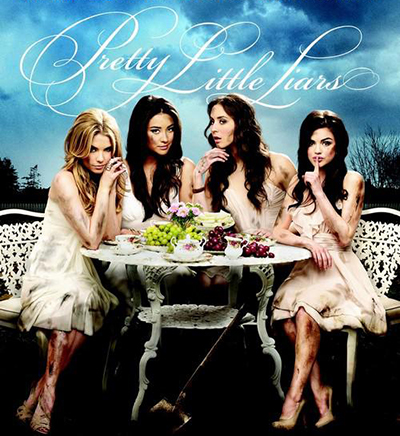 Pretty Little Liars: Season 6 is an upcoming sequel to an American detective TV series aired on the ABC Family channel. The script is based on a series of novels by Sara Shepard. The main characters of Pretty Little Liars are four girls investigating their friend’s murder. Their objective is to find the person who is sending them information which the girls did not want to reveal. All letters are signed with "A". It turns out that there are more of those who became victims of the mysterious A. The first season premiered in summer 2010. Due to good ratings of the show, it has been decided upon making a new TV series, Ravenswood, whose plot is intertwined with Pretty Little Liars.

The sixth season premiere will air in June 2015.

Chief producers of the series are: Lisa Cochran-Neilan (Gossip Girl), Leslie Morgenstein (The 100, The Originals, The Vampire Diaries), I. Marlene King (Pretty Dirty Secrets), and others. The show is aired on the US-based ABC Family channel which is known for such projects as Grey`s Anatomy, Young & Hungry, Switched at Birth, and others. Pretty Little Liars are distributed by Warner Bros. Television.

Four friends stop communicating with each other after the death of their friend Alison who has gone lost during a party. The ladies bump into a stranger who possesses too much secret information, including some about the deceased. The stranger sends messages and threatens to reveal the secrets.

The first girl is a professional sportsperson, Emily. She discovers that she is attracted to girls and starts dating Maya. Later, Maya is murdered. Emily engages in a relationship with her teammate Paige. The girl also has family problems: although she lives with her mother, she wants to move to Texas to live with her dad. The second leading girl, Aria, has returned from Iceland. She finds out that her dad had a lover; her mother learned about the affair after receiving a message from the stranger. Aria is hiding that she&#39;s going out with her teacher.

The third character, Hanna, is a well-known person in the school. She has troubles with police, which is probably because of her bad upbringing. The fourth girl is Spencer, a nice young lady from a wealthy family. She goes out with Toby, but argues with him a lot.

Lucy Hale, who plays one of main characters in the show, has recently made her own collection of clothes for young people for the Hollister company.

Ashley Benson who plays Hanna has made a confession in one of her interviews that she is intimidated by the unnatural appearance of the show&#39;s main characters. In school, she didn&#39;t do makeup, didn&#39;t have this stylish hair, and dressed in a more modest way.

Bianca Lawson who plays 17-year-old Maya is in truth 35. 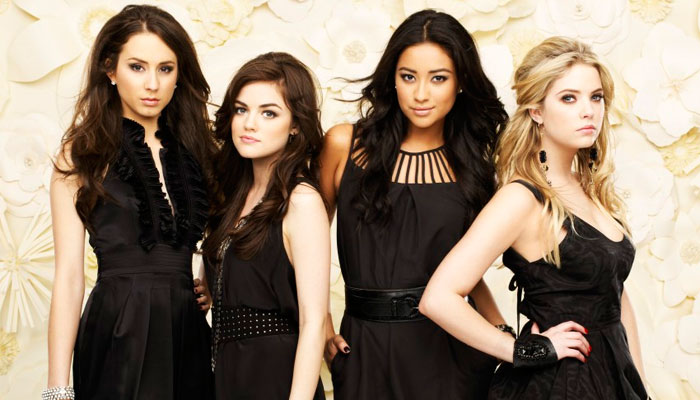 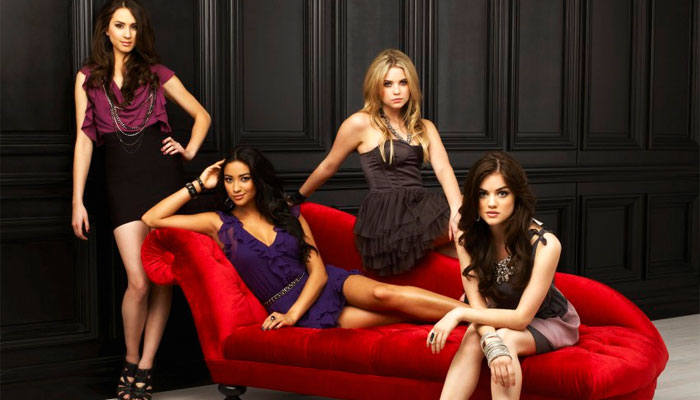