"Preacher" (Season 1, release date – May 22, 2016) it is a very exciting and unusual series of American manufacturing. The producers are S. Rogan and E. Goldberg. TV channel AMC ordered the first episode in the beginning of 2014. The series is made on basis the famous series of comics that was released by DC Comics, sponsored by Steve Dillan and Garth Ennis. Not long ago, producers announced a second part.

The protagonist is a very extraordinary person that has a dark past. Jesse Custer is rather charismatic and charming young man. He serves in the church in a little town. Young guy works as a preacher in Taxes. For unknown reasons, Custer, or rather his body is becoming a receptacle for a creature that is named Genesis. As it turns out later, Genesis is a child that was born from a very unusual angel and demon Union.

Genesis got qualities of both his parents, which means that it combines the goodness of angels and the anger of demons, he neither good nor bad. The strength of Genesis can be compared with the power of God, and Custer, as its carrier, became the most powerful man on earth. But things are not so good, because all the congregations of the local church have died because of the strength of this creature.

The main hero decides to go in search of God, because there are a lot of questions, the answers to which he would like to get. He wants to know what the creature is the genesis and what its strength is as well, and the main question – why God threw mankind. Custer begins the journey with his faithful companions: the strange vampire known as Cassidy and the preacher`s ex-girlfriend named Tulip.

This strange team will meet a lot of unusual events, people and creatures. On their way they will meet angels, restless souls and followers of strange secret organization that holds management positions in various countries, that giving them the ability to control many of the processes that occur in the world.

The producers spent long seven years, in order to allow the series to appear on the screens. Seth Rogan and Evan Golberg suggested this idea to many TV channels, but everywhere they waited for failure due to a very dark plot of the series. Most companies thought it would not be interesting and very popular. 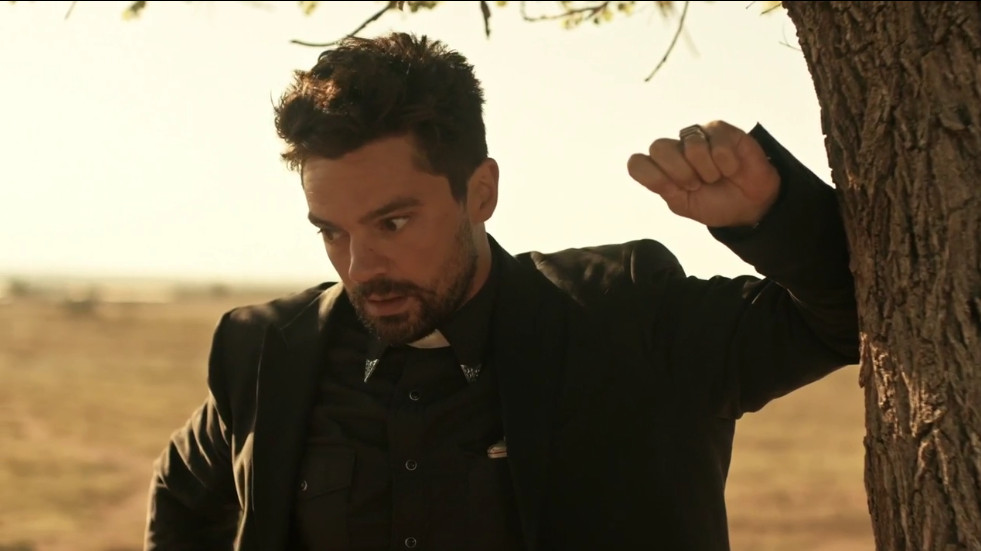