The unimaginable surreal comedy by Simon Rich is returning to screens next year, as the developers have renewed the series for the third chapter. Now our challenge is to wait for the release date news that is around the corner.

Premiering for the first time in January 2015, the situational comedy with romantic and surrealistic speckles has created much buzz around itself. Airing on FXX, the series was renewed for the second installment, which appeared in January 2016. 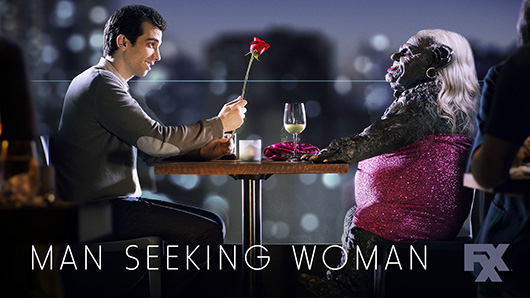 The series creation is the responsibility for Simon Rich. Produced by Broadway Video and FX Productions, the series comes to be developed by such executives as Jonathan Krisel, Andrew Singer, Lorne Michaels and Ian Maxtone-Graham.
The acting cast includes such names as Maya Erskine and Jay Baruchel, the lead performers.

As the title tells us directly, there should be a man who searching for love. Yes, there is the man in the story named Josh Greenberg. After he breaks up with Maggie, girl with whom he has had relationships for quite a long period of time, he decides to find his real love. This search turns to be absurd and surreal. During the run of the story, Josh goes out with an actual troll, attends a wedding in hell, or decides to be surgically joined to his girlfriend Rachel. This list of adventures is not over.
In the final episode of the sophomore chapter, Josh is left again unlucky in love. What will be his future? Will he keep searching? He starts understanding the actual points that have value in our life, friendship specifically, and more other things. 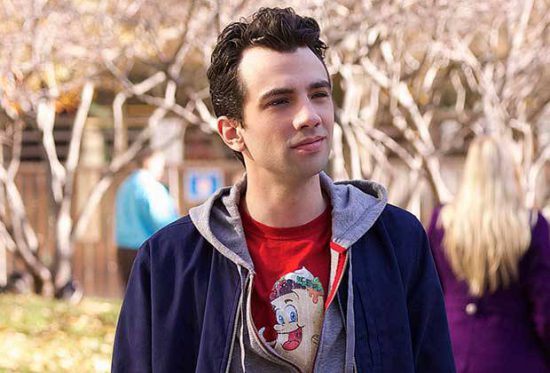 The quirky comedy was perceived as something  imaginative ad clever indeed. The edginess of humor is what we should love this series for. The score on IMDB constitutes 7.5 points out of 10.
The reviews are positive from critics and ordinary watchers. Meanwhile, the viewership is not as healthy as it might be expected. We cannot say even that it is an average result though you should evaluate it on your own – only 0.2 million watchers. Can the series with such a mind-blowing plot survive against the backdrop of such low ratings? Even throughout the second run, the same low number kept appearing with the release of each episode. What is the reason for it? Can it influence the decision of developers that will touch the story future?

Recent Updates on the Comedy

A modern approach to dating and relationships issues will be kept applying in this comedy. Yes, we are not kidding. The reliable resources tell us that the third chapter will be launched at the start of the next year. The performance and the creative team will be the same. Keep your ears out for the Man Seeking Woman season 3 release date.
If you want to leave comments on what you think and feel while watching this comedy, do not lose your chance. Let us know about your opinion on this surreal project.