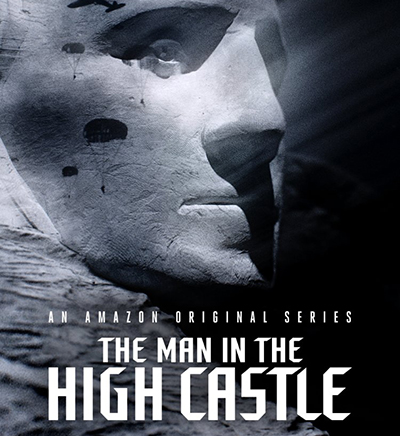 The Man in the High Castle is a popular TV series of American production. It is based on the novel published in 1962. The name of the novel was not changed for the TV series. The author of the novel is Philip K. Dick. The pilot episode was shown on 15 of January 2015. The Studio has chosen the most popular version of what that has been released. So far the first season is available and the released of the second one is planned on 16 of December 2016.

The main cast of the show includes:

What would have happened if the Third Reich had not have fallen? The series tells a story, according to which the USA are divided into different parts in the west, east and in the middle.

Juliana Crain lives in San Francisco. One day Trudy, her sister, gives her to watch one film and soon she is murdered. A film reel that Juliana received from her sister contains footage with a different version of events. According to the film, WWII was won by Allies and Germany along with Japan was defeated. As it appears, the film belongs to a series of similar films collected by a certain person. The woman starts to suspect that the newsreel might reflect the events of the alternative reality and there is the important information on how the world should really look like. The boyfriend of the woman Frank Frink does not think that the newsreel has something related to the events of real life. Juliana finds out that her sister was trying to bring the film to Canon City. She wanted to come to the Neutral Zone. Her purpose was to meet someone there. Juliana made the decision to go there instead of Trudy and find out more.

As the woman arrives in the city, she meets a man named Joe Blake, who appears to be a double agent. What other events will happen to Juliana and will she be able to find out the truth?

Based on reviews by fifty seven critics, the TV series has obtained the rating of 95%. Its average rating is 7.6/10. From Metacritic, the series has received the rating 77/100.

The Man in the High Castle – Official Trailer: What If? | Amazon Video