Do you miss action in your life? There is the way out which lies in following the adventurous action on Netflix titled “Jessica Jones”. It is a new series consisting only of one season and now we are waiting for the appearance of the second chapter.

Principal aspects of the series

Much action, as well as lots of adventures, are guaranteed while viewing the newbie on Netflix called “Jessica Jones”. As you have already guessed, it is the Marvel’s story about superheroes. So now the heroic adventures from comics having successfully filled the big screens have turned to the small one. The comic book comes to be penned by Brian Michael Bendis and Michael Gaydos. 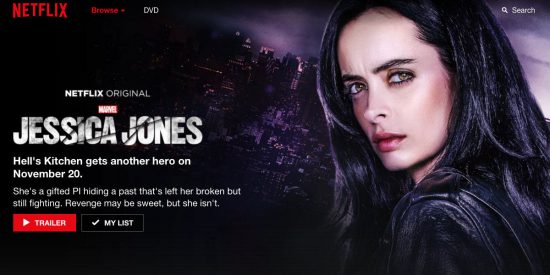 As for the creators of the series, in particular, here we should name Melissa Rosenberg renowned for her work on Dexter and Twilight.
The acting cast includes Krysten Ritter, as well Mike Colter, Rachael Taylor, Carrie-Anne Moss, and David Tennant.
Originally, the series was developed several years ago and pitched it for the ABC channel. But regretfully, it was not ordered into production. And now after having been reworked, the show now is added to the programming list of series on Netflix.
This series is available exclusively on the giant international network called Netflix. The premiere was held in the preceding November when the whole 13 episodes became available at once.

Showing the core of the storyline 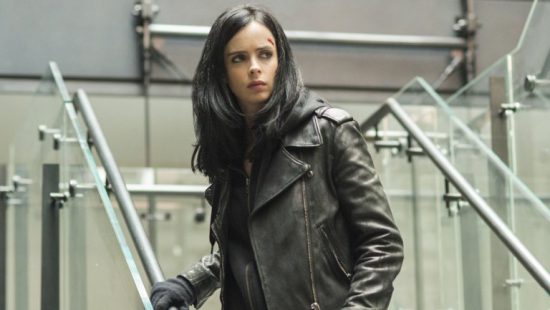 Blending in itself a detective drama and action adventure, the series proposes to us a pretty exciting story.
The story dwells upon the Krysten Ritter’s protagonist, ex-superhero named Jessica Jones who is investigating various coldest cases in her own detective agency.

The response from critics and an ordinary audience is very much favorable. And frankly speaking, the positive attention can be taken for granted as it’s difficult to imagine that the online streaming giant can do anything wrong, so we can definitely wait for the announcement about revival. 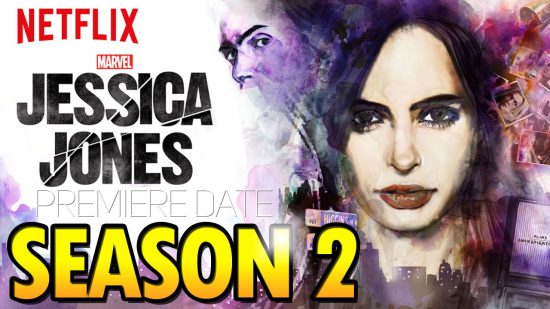 At the start of this year, after two months have passed since the latest premiere, we got to know that second season would take place under any circumstances. Though the series is a young one, it is proclaimed by the producers of Netflix as one of their best decisions.
In addition to this series, one more project, its spin-off in fact, is going to gladden the subscribers sometime in the future that is called by the way “Luke Cage” with Mike Colter in the main role. Therefore, there are doubts that the series next installment will introduce to us his character. But Krysten Ritter is to appear on the small screen come rain or shine. Moreover, the developers are not denying the fact that David Tennant can emerge in front of us in the upcoming episodes. With such news about acting cast, the Jessica Jones season 2 release date remains so far unknown much to our regret. However, we are likely to get this info at the end of this summer or already in autumn 2016 when the new installment is possible to appear.