The second season of the sci-fi thriller Intruders has been confirmed by the BBC America channel’s representatives.
The series is based on the Intruders novel written by Michael M.l Smith, and those who have read the book are probably well acquainted with the plot. 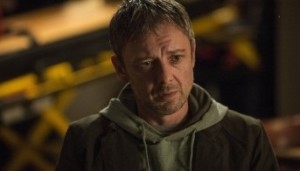 Glen Morgan who wrote the screenplay and created the concept said that it was up to BBC America to either extend or close the show as based on ratings. He also shared an inside information that the main villain will develop a new cunning plan in the second season, and there will be no other way but face him. Glen Morgan hoped for the season 2, and confessed that he, along with his colleagues, has written two episodes for the upcoming season, which was facilitated by the studio.
Intruders: season 2 will likely come out in mid-2015.
Will you be watching it?