You’ve probably heard the good news: House of Card has been renewed for another, fourth, season!
House of Cards is the most popular American political drama series on TV, apart from the fantasy series Game of Thrones. But let’s leave imaginary worlds alone, and let’s better get back to the real-world games which accompany one’s struggle for the presidential seat. …Let’s see the news on the upcoming season of House of Cards.

About House of Cards

Originally, House of Cards is a 1990 political thriller by Michael Dobbs. It was made into a British miniseries late that year gaining major popularity and excellent reviews from the critics. On 1st February 2015, Netflix released 13 episodes of the American take on the story. The second season was out on Valentine’s Day the following year, and the third season (also consisting of 13 episodes) was available for streaming from 27th February 2015. Apart from Michael Dobbs, the House of Cards crew has amazing people on board, including Beau Willimon (the creator of The Ides of March), a talented actor and producer Kevin Spacey, the world-famous director David Fincher, and others. Check the details below. 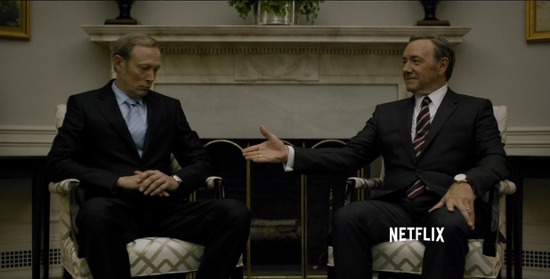 Some insight into House of Cards

The story centers on the character named Francis Underwood who is a member of a Democratic Party. At the beginning of the show, Frank is refused the position of the Secretary of State, after which his ambitions go beyond limits: he aims for the Presidential seat. Aided by his wife Claire, he manipulates people around him, liquidates the rivals, and uses connections. The series shows schemes and plots which lie beneath every political campaign of noticeable scale. 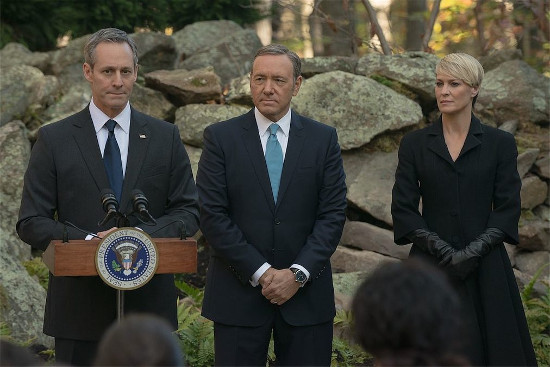 House of Cards is an exceptionally praised TV series. No wonder, the team working on the show is impressive with Kevin Spacey, the owner of two Academy Awards, as the lead actor, David Fincher and Beau Willimon as producers. In 2013, House of Cards has become the first online series which was nominated for major Emmy and Golden Globe awards. Kevin Spacey was awarded a Golden Globe for Best Actor in 2014, and Robin Wright received her Golden Globe in 2013.
The worldwide success of the show has assured its longevity on small screens and monitors and reserved a place in the viewers’ hearts. The administration of the Netflix channel has officially announced the renewal of the series for season 4. Naturally, Kevin Spacey and Robin Wright have confirmed their participation in the show. The filming started in summer 2015, and its release is expected somewhere in 2016; we assume that it will happen either in February or in March. As usual, the entire season will become available to the viewers at once.
Have you seen all the episodes of the third season? Did you like the ending? Where did you think Frank’s ambitions will take him in the upcoming season of House of Cards?