“Hit the Floor” is ready for the third season to come out! The release date of one of the coolest dance shows on TV is scheduled on Monday, January 18, 2016. The third season will consist of 10 new episodes.

The first two seasons pulled amazing ratings among viewers, especially among women. James LaRosa (Executive Producer), Bryan Johnson and Maggie Malina (who is both a director and producer) created the show.

So, now everyone is looking forward to new problems the Devil Girls are going to get involved into!

The main characters of Hit the Floor are the girls from the fictional group of cheerleaders of the local basketball team called Los Angeles Devils. They perform in amazing group dancing shows in half times, brilliantly distracting audience’s attention while giving them some relief from a stressful and intense game. However, the viewers are not aware of what is going on backstage…

The Devils had won the Championship. But good news was over after the death of one of the Devil Girls. Oscar Kinkade hauled off for her murder.  There’s another murderer that is still free from prosecution: it’s Ahsha’s boyfriend German. He reveals himself in the end of the second season- he turned out to be Olivia Vincent’s murderer. Ahsha reunited with him, ignorant of his real personality. But Derek has already promised to himself to bring Ahsha and their romance back.

The producers promised a lot of shocking twists of the plot and even more drama will be added to the story.

VH1 has made an official trailer for the always-sexy third season of Hit the Floor! Don’t miss it!

It seems like Lionel finds an enemy in Jackson Everett (a new character played by a guest star Billy Baldwin).

The beginning of the third season is totally dedicated to the memory of Stephanie Moseley (Ally). She was killed tragically last year in December right before the beginning of production of the third season. In honor of her contribution to the show, a new character is called Stephanie. In addition, this new character is going to have an amazing heart and a real talent, as the producers describe her. 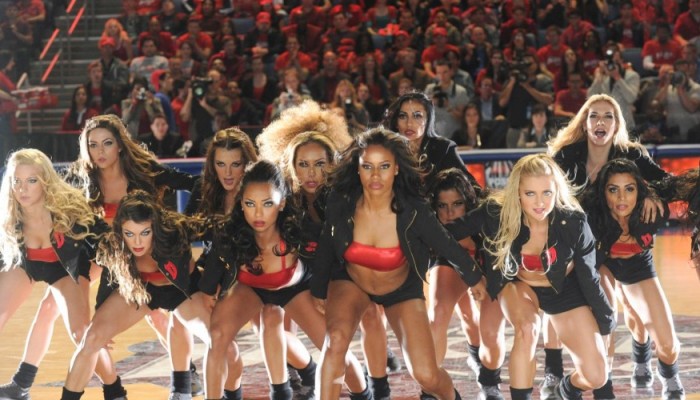