A historic TV series titled Hell On Wheels has been extended for another season. The 5th season will be aired on the AMC channel in August 2015.
The Hell on Wheels series has been on for four years already. Its broadcast time has always been summer, and it has been the period of high ratings for the AMC channel. It is a historically-themed show centered around the early railroad construction in the United States. 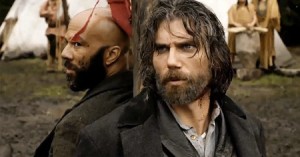 The protagonist Cullen Bohannon’s story has appealed to the tastes of both TV viewers and critics, which makes the fifth season very much expected. The sequel will be broadcast in summer 2015 following the success of the previous pack of episodes. The 4th season premiere of Hell on Wheels last July gathered the audience of 2.43 million viewers, which is a truly impressive result for AMC as a cable channel.
The fifth season of Hell on Wheels will be out in summer again. Wait for more of the story in August 2015.
What do you think is the future of this western TV series?