Tat’s an ITV drama series. It depicts the time of the 50-s in a small village not far away from Cambridge. The first episode was released in 2014. The center of the plot is Sidney Chambers (portrayed by James Norton) – Anglican vicar. He slowly develops a sideline with a detective named Geordie Keating (portrayed by Robson Green). The show is based on the book written by James Runcie. The script was created by Daisy Coulam and the director of Grantchester is Harry Bradbeer. The first season was filmed on the base of the first six stories from the original book. The second one finished in spring this year. If you’re willing to get info on the renewal or possible broadcasts, scroll down to the very bottom of the article to know more.

The protagonists of the series are Anglican priest (in the past he was a Scots Guards officer). His name’s Sidney Chambers (played by James Norton) and the hardworking Detective Inspector Geordie Keating (played by Robson Green). He turns out to be an unlikely priest’s partner. They cooperate in order to work criminal cases. Chambers is sensitive with good intuition and Keating is extremely serious, stubborn and methodical. Their approach is a mix of intuitive techniques and carefully gathered info from eyewitnesses and suspects. 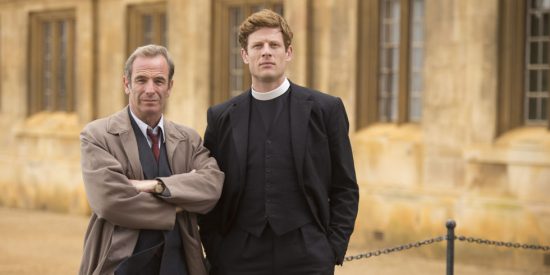 The third season has already been commissioned and now it’s being filmed. Grantchester is getting back for its third season in 2017. The exact release date is yet to be scheduled, don’t miss the news!