Grace and Frankie is the new Netflix sitcom with Jane Fonda and Lily Tomlin in the lead roles. In Grace and Frankie season 2 premiere we will also see Martin Sheen, Sam Waterston and Brooklyn Decker.

Grace Hanson (Jane Fonda) previously held senior positions in the cosmetics business, but now she is retired. Frankie Bergstein (Lily Tomlin) has always been a hippie at heart and all her life engaged in art and teaching. They never loved each other, even though their husbands Robert (Martin Sheen) and Saul (Sam Waterston) were partners of a law firm in San Diego.

And here once during a dinner Grace and Frankie found that during the last 20 years their now 70-year-old husband were partners, but not only in business. Robert and Saul say to their shocked wives that they loved each other and wanted to get married during all these years, because now the US laws allow it. This means that they are being the successful experts in divorce, require from Grace and Frankie the divorce. Forgetting about the hostility, the former female rivals go together on a summer house that was bought together by two families may years ago. Unexpected news quickly reaches the children.

The eldest daughter of Grace and Robert Brianna (June Diane Raphael) heads the mother’s company and the younger daughter Mallory (Brooklyn Decker) has two children and is engaged in farming. Two adoptive sons of Saul and Frankie are the  teacher and former drug addict Coyote (Ethan Embry) and lawyer Bad (Baron Vaughn). Mallory becomes the forced messenger between her parents. In carrying out the mission, she faces a Coyote with which it binds the common past. Grace and Frankie found a common language, but both come out of themselves when they learn that their husbands cut off their credit cards. In the end of the first season Frankie, Grace, Sol and Robert signed the divorce papers and are currently on the way out of the office are trapped in an elevator. While waiting for help, they reminisce. Grace soon receives an invitation to the wedding of Robert and Saul, but Frankie is left without an invitation. 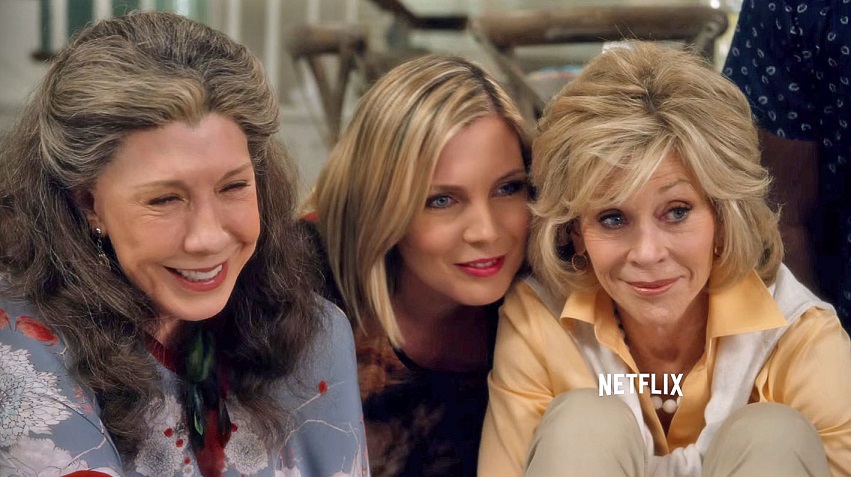 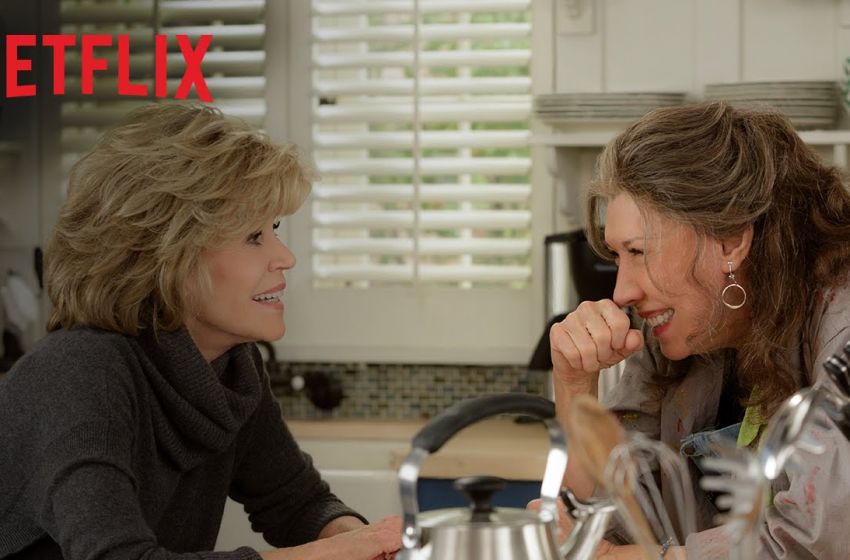