It has been confirmed that the famous TV show for teenagers, Disney’s Girl Meets World, will see its 2nd season release in mid-2015.
The show has been officially confirmed for the future episodes. After having premiered in June 2014, Girl Meets World has gathered a loyal audience among the young Disney channel teenage viewers. The first 5 episodes of the show were enough to make a good prognosis based on the audience who showed their interest in the TV series. It is most beloved by the children and teenagers aged between 2 and 14 leading the ratings. 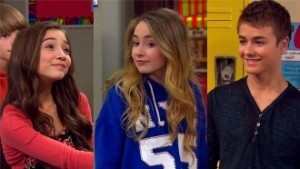 Adam Bonnett, the VP of the Disney channel’s TV programs department, said that the show is especially popular by all those who have been watching another similar project, Boy Meets World – both children and their parents. He highlighted the educational role of the series whose characters Maya Hart and Riley Matthews discover the world, while Topanga and Cory help them explore it and provide valuable life lessons.
The filming of the show has started at the end of 2014. The second season of Girl Meets World will be out in mid-2015.
Do you belong to the show’s audience? What are your expectations of the second season?