Forged in Fire is a reality TV series created and released in the USA. The release was carried out by History Channel with the first season release date on the 22nd of June 2015. The production matters were carried out by Outpost Entertainment Company. Each new episode features four bladesmiths competing in contest consisting of three rounds with successive elimination. They make bladed weapons and the aim is to be best at it. The one who wins gets $10,000 cash prize and a title of the champion. The host of the series is Wil Willis. The cast also includes three judges. They are J. Neilson (changed for Jason Knight in the third season), David Baker, and Doug Marcaida. They know everything about the history of bladed weapons and their production throughout history. Forged in Fire season 4 release date is unknown yet, but the project is still on.

The second season started on the 16th of February 2016. Season three was released on the 23rd of August 2016 and was made up of 16 episodes. 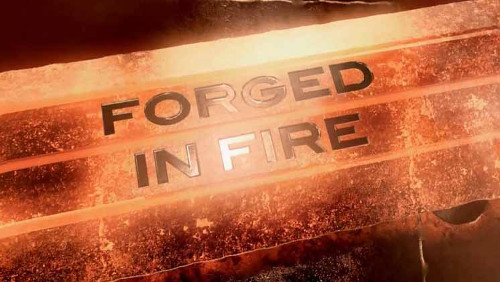 The filming is done in Brooklyn, New York. The action reveals in the place known as “The Forge”. It is full of a number of metalworking equipment. There are propane forges, hydraulic presses, grinders, coal forges, and power hammers that smiths should use to recreate various bladed weapons. Each round ends up with elimination. The one who makes the least satisfactory weapon leaves the project. Medical personnel is always present on all stages of the competition and in every new episode. If some of the bladesmiths are unable to do their work because of injuries and health problems, they are disqualified. 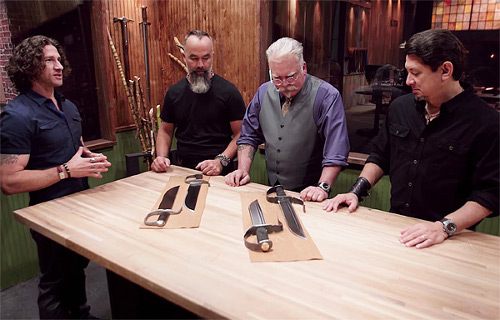 The smiths are given 10 minutes to create sketch and more time to forge the blades. The time given for forging is generally three hours. However, in some of the episodes the working time was prolonged to 4 hours. The judges evaluate the work on certain criteria commenting on the quality and design. 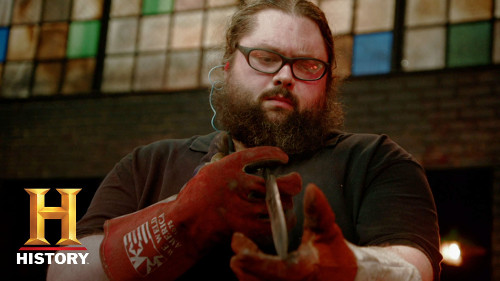 The participants are given three hours to continue working in the second round. They need to make their blades fully operational with handles and certain characteristics. The weapons made are tested.

Two participants remain in the third round. They need to recreate a historical weapon in five days.

There’s no official info on when Forged in Fire season four will be released, but the project is still on and the producers aren’t planning to shut it down yet.