One of the most popular American drama series under the title “Fear the Walking Dead”  is coming back this year to give its fans a new portion of terrifying shudders. On  July, 2015 AMC, the channel that showed this horror series, enunciated about the order for the second season that would be broadcast in 2016.

What is the series about: short review 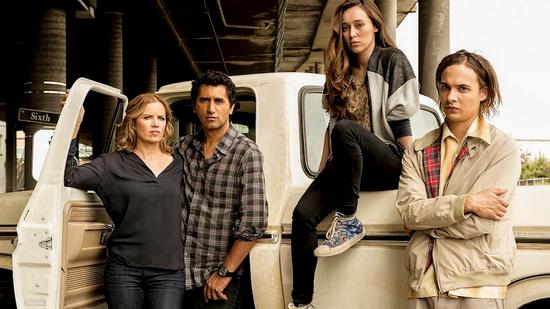 The horror series appeared on TV screens on August 23, 2015 and won the viewers’ attention (more than 10 million) all over the world. It has turned to be some sort of record in cable television history The action is laid in parallel with the events depicted in the series “The Walking Dead” but in another city, particularly in  Los Angeles. The scene of the story belongs to the period when Rick Grimes stays in a coma in a hospital in Georgia.  In this series, we see the zombie apocalypse unfold and the reasons for it.
The new characters are facing the end of the world, the undead apocalypse. The mutating virus is penetrating into humans converting them into the horror things that can be imagined only in nightmares. People should combine forces to defend their homes and families. 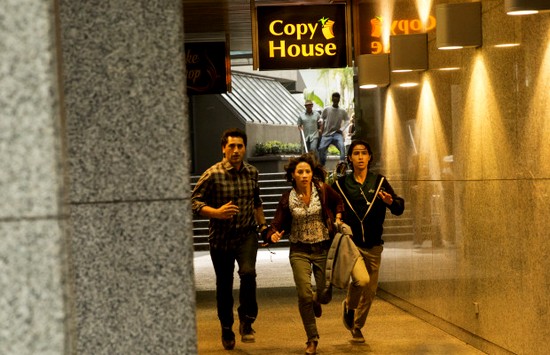 The action is focused on the widow Madison Clark portrayed by Kim Dickens, a guidance counselor, and the divorced English teacher Travis Manawaacted by Cliff Curtis who works at the same school as Madison Clark. Maddie has two children, two protagonists to each other: a daughter Alicia (Alycia Debnam-Carey) the most considerate and self-composed teenager, before apocalypse events she began dating Matt Sale at some point and was later accepted into UC Berkeley, and a son Nicholas (Frank Dillane) who is fighting against the drug addiction. His father died prior to the events of the series. Travis’ son Christopher (Lorenzo Henrie) is taking offense at his father for the divorce with his mother Elizabeth. In the face of zombie danger they are forced together to get out of the dodge. 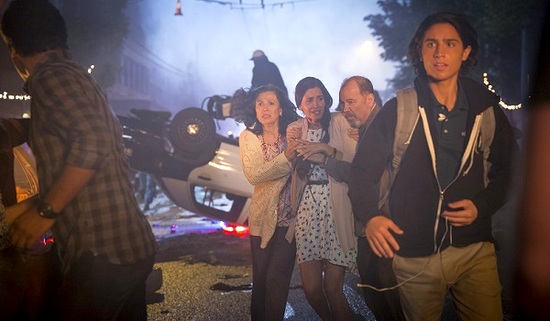 In December, 2015 it was announced about the beginning of second season filming. It was rumored and then confirmed that the place of the production is Baja California Peninsula in Mexico. “Fear the Walking Dead” season 2 release date is appointed for April 10, 2016 at 9pm ET/PT. Right after it the talk show Talking Dead is going to be aired in order to maintain the viewers’ impression.

Does season 2 consist of more episodes?

The second season is expected to be longer than the first one. Here we will enjoy the entire 15 episodes. However, one shouldn’t get excited too soon. These episodes are divided into two installments. The first installment includes 7 episodes and the second one  consists of 8 parts correspondingly.  The creators expect that the number of viewers can be highly increased, if the new season crushes. However, it remains to be seen.  But now the world is looking forward the upcoming drama series.