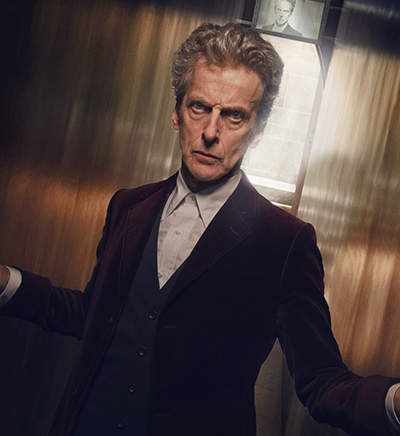 Doctor Who was released in 2005. This is the cult British TV series about the extraterrestrial traveler in time, Doctor. This science fiction show is the longest-running in the world. The original show was shown from 1963 to 1989. It has been resumed in 2005 and the numbering of the season began from a start. The premiere of the 10th season, the shooting of which started in June 2016, is scheduled for April 2017. This season will be the 36th in its history.

The tenth season will be the third in a row for Peter Capaldi who plays the twelfth embodiment of Doctor. Due to the departure of Jenna Coleman, playing the role of Clara Oswald, in the tenth season, the Doctor will have a new fellow traveler, played by Pearl Mackie.

Michelle Gomez confirmed that she would again return to the show with the role of Missy, the female embodiment of the Master. The return of Matt Lucas was also confirmed. Stephanie Khayyam will take part in the shooting of the first part of the season together with Ralf Little, Kaiser Akhtar, and Mina Anwar.

The show represents a world full of adventure and fantastic characters. The main character is a mysterious Doctor, who without any obvious reason, travels in time and explored the Earth. His time machine reminds a police box of the 1950s. Doctor himself is very unstable and eccentric individual, disconnected from the issues of people, and concentrated on the finding the ultimate purpose. However, his bad character does not get in the way to save the planet from the manifold of enemies.

Of course, the great Who would not cope with all the difficulties without the faithful friends. Each of Doctor’s assistants is a separate funny character with problems, weaknesses, and peculiarities. But the trouble never comes alone. Each intervention in the future or the past is the risk of change in the world history, which is advantageous to dangerous enemies, but Doctor is always ready to defend the Earth.

In the beginning of 2016 it was declared that the tenth season will be the last for Steven Moffat and Chris Chibnell will be a new showrunner.

Steven Moffat has confirmed that he would write the 1st, 10th, 11th, and 12th episodes of the season and also added that the tenth season will include mostly of single stories.