Criminal Minds is a procedural crime drama TV series created in the USA by Jeff Davis. It’s a part of a Criminal Minds franchise and the original series of this franchise. The first season release date is the 22nd of September 2005. The production matters are carried out by The Mark Gordon Company together with CBS TV Studios and ABC Studios. The action of the series is mostly set in Quantico, Virginia. The description says that Criminal Minds is a lot different from typical criminal TV dramas. It mostly focuses on the criminal, than on the crime.

The show’s cast is huge and it changed many times. You can get full info on the cast on the official web resource of the series or on IMDb resource. However, there are certain cast members participating in each of the seasons since the premiere release of the series. They are Thomas Gibson, Matthew Gray Gubler, A. J. Cook and Kirsten Vangsness. 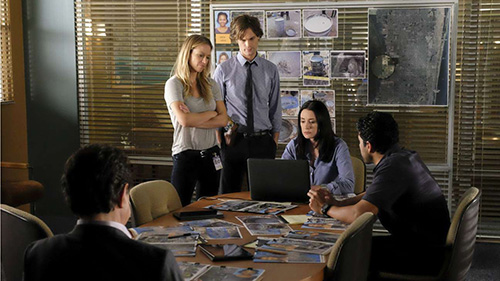 Of course, the list is not full but it proves that each of the characters had a dramatic fate filled with unpredictable circumstances. We don’t want to spoil your impression of the series if you haven’t seen it yet, so we will only give you a general overview of some of the characters from this long-lasting project. 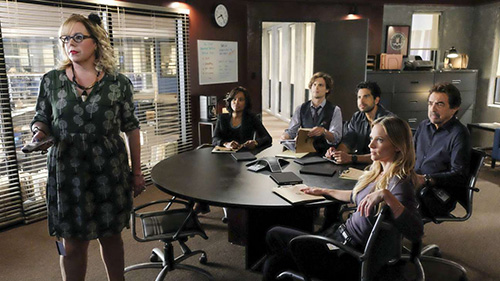 Jason Gideon (portrayed by Mandy Patinkin). Known as best profiler. Feels burned out after his best friend is murdered and by Frank Breitkopf – a serial killer (portrayed by Keith Carradine). He retreats to his cabin leaving a note to Dr. Spencer Reid, who’s waiting for him there. But when he arrives he finds nothing but a badge, a firearm and his note in the cabin.

Aaron Hotchner (portrayed by Thomas Gibson). A Senior Special Agent. Nicknamed Hotch. A prosecutor in the past and one of the best agents in the BAU. Does his best to balance his family life and his professional career. His wife, Haley Brooks (portrayed by Meredith Monroe) leaves him in season three and is murdered in season 5 by a serial killer named George Foyet (portrayed by C. Thomas Howell) often referred to as “The Boston Reaper”. In one of the episodes, Aaron beats him to death. His son is named Jack (portrayed by Cade Owens) and his brother is named Sean.

Elle Greenaway (portrayed by Lola Glaudini). Seattle FBI special agent. Deals with sexual offense. From the first season, she suffers emotional troubles after being shot. One day she shoots a rapist dead and leaves FBI never admitting her guilt.

Derek Morgan (portrayed by Shemar Moore). A confident and assertive special agent. His mom raised him together with his two sisters. Derek has a troubled criminal youth with a dramatic past. Was mentored by a man who was a sexual predator. He molested a number of boys all together with Derek. In “A Beautiful Disaster” episode, Derek says he leaves his post to pay more attention to his wife and son. 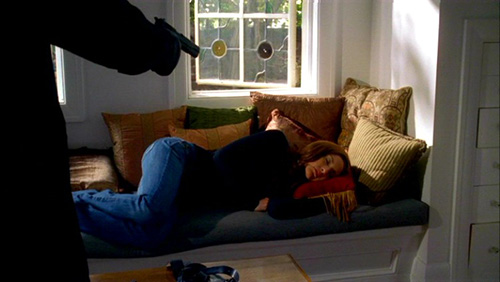 Season 12 was released on the 28th of September 2016. There’s no info on the 13th season release date yet, but we never forget to check for the latest news on the most popular TV projects so you’ll be the first one to know when the premiere new episode of Criminal Minds Season 13 will be released.