Catastrophe is a sitcom created and released in the UK. The release was carried out by Channel 4 with the first season release date on the 19th of January 2015. The cast includes Sharon Horgan playing the character of Sharon Morris and Rob Delaney portraying Rob Norris. They have to get married after Sharon turns out to be pregnant from Rob. Carrie Fisher, Ashley Jensen, and Mark Bonnar are also in the cast portraying main characters’ friends and relatives. The show was prolonged for the second installment to premiere on the 27th of October 2015. In summer of 2016, the producers made the announcement that they wanted to prolong Catastrophe for two seasons more. It means that season 3 and 4 are certainly happening in the future. Catastrophe season 3 release date hasn’t been announced yet, but it will also consist of 6 episodes.

One of the main characters of the show is a schoolteacher from Ireland named Sharon (portrayed by Sharon Horgan). One day she picks up Rob (portrayed by Rob Delaney) for a short sex affair. After an incredible weekend with a ton of sex, Sharon realizes that she’s pregnant and Rob decides to marry her. Besides, the doctor told Sharon that her pregnancy would be quite hard and she needs to be constantly taken care of. Rob moves from his hometown back to Britain. They decide to have dinner together with friends of Sharon named Fran (portrayed by Ashley Jensen) and Chris (portrayed by Mark Bonnar), They don’t seem to be happy about their marriage advertisement which results in Rob’s argument with Fran. Besides, Rob’s mom (portrayed by Carrie Fisher) isn’t happy about the upcoming marriage. Neglecting all that Rob proposes to Sharon and they start their unpredictable family life together sharing ups and downs of life in every new episode. 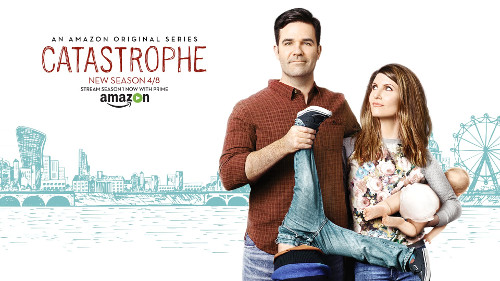 Channel 4 announced the production of the series in May of 2014 because the pilot turned out to be extremely successful. Before that, the series was suggested to BBC, but they rejected to broadcast the show after they had read the script.

The title Catastrophe was inspired by a phrase of one of the characters from Zorba the Greek movie, who said that his married life living together with kids and wife in their family house was a full catastrophe. The soundtrack was composed by Oli Julian. 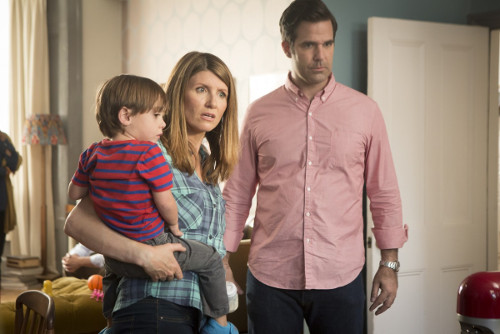 On the 28th of January 2015, the series was prolonged for season 2 to air in October of 2015. The chief creative officer of Channel 4 said that Catastrophe was a real gem of the comedy genre. Sharon and Rob were perfect portraying their characters. 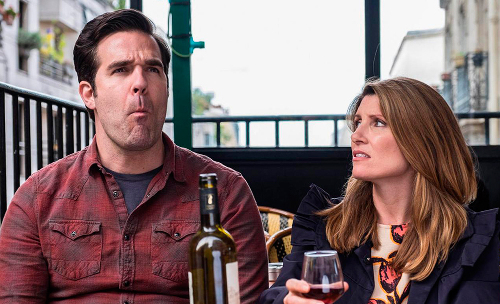 Catastrophe series 3 is certainly happening. When? We only have to guess yet. We will announce the release date as soon as the producers and the directors discuss the schedule. The script is in the process of creation at the moment.