Bates Motel is a horror TV series based on the original idea of Robert Bloch’s novel Psycho and the film with the same title created by Alfred Hitchcock. The series is meant to be a prequel to the events of the film (where even the scenery was recreated in precise tiny details). There’s a difference that makes the series unusual. Hitchcock’s film represented the events of the 60s, but Bates Motel series is set in the present time.

The action starts in Arizona. The main characters are Norma and her teenage son Norman. Norma is a caring and loving mom, a charming and attractive woman, extremely enigmatic. Norma’s husband dies, and Norma buys a motel in a small town in Oregon. Here she tries to start a new life together with her son Norman. The trouble is that Norman suffers from a serious mental disorder. In the course of time, his mental condition becomes dangerous both for his mom and for his friends and acquaintances. Norma does her best to protect Norman from himself. 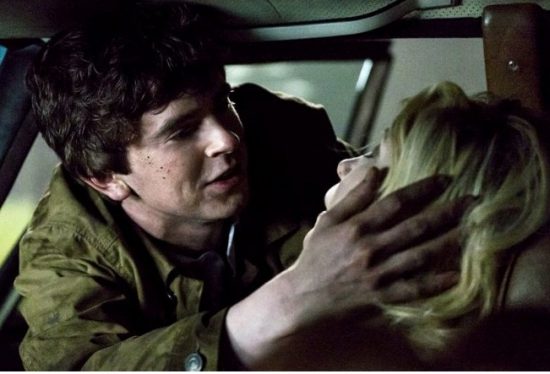 Season 1 started on the 18th of March 2013. On the 15th of June 2015, Bates Motel was prolonged for season 4 and season 5. The fifth season is promised to be the last one in the project. It’s a fully scripted series and the end of the fifth season is going to copy the events of the film Psycho.