The superhero who wears a green hood and saves the world will return to the viewers really soon – Arrow: season 4 will be out in fall 2015. The CW channel has confirmed the release date and, by doing this, it has appealed to numerous fans globally. 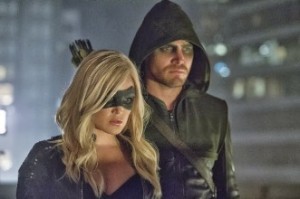 Marc Guggenheim, the TV show’s producer, has announced a really fascinating news – the adventure series will be extended for 4 or more seasons. This might sound too good to be true, but the Arrow’s protagonist is surely popular and loved by the audience.
However, the announcements aside, there are also show’s ratings which count when making decisions on whether to extend a certain series or not. If season 3 maintains such good numbers as its predecessor, then we will be able to watch Arrow in fall. The details will be hopefully revealed in the nearest future – right now, it is yet unknown as to who will be Arrow’s rival and the sidekick.
Meanwhile, Arrow: season 4 is expected to be released in October 2015.
What did you think of Arrow? Is it worth extending this particular show featuring Stephen Amell?