The season 7 of a popular animated show Adventure Time will be shown on the Cartoon Network channel. While the sixth season is still on, the fans are yet to wonder what will happen in the new episodes.
In June 2014, at the San Diego Comic Con, presenters from the CN channel have confirmed their intenions to continue Adventure Time. The conference was a positive event for many, as three more shows have been approved for their sequels. 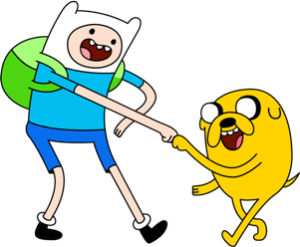 The story of the show began in December 2008 when a short animated film evolved into the already iconic Cartoon Network’s TV series as its pilot episode.
Adventure Time: season 7 will be released as soon as the sixth season is finished. There hasn’t been a definite date yet, but the season 6 is scheduled through the early March 2015. Probably right after that we will be able to expect season 7. There is nothing but rumors as to whether there will be season 8.