A Haunting is an American TV project created in 2005. That’s an American series about paranormal activity. It follows the eyewitness of possession, ghostly encounters, unexplainable mystical events and acts of exorcism. You’ll hear narrations, shocking interviews, and dramatic actions with an impressive amount of paranormal stuff. You’ll visit haunted locations and see horrific things. The premiere episode of A Haunting was released on the 28th of October 2005. The series ended on the 9th of November 2007. Was aired by Discovery Channel.

There are doorways between the visible everyday world and the world of our fears… Sometimes the doors in these doorways open and bring our worst nightmares to reality. The show depicts stories that seem to be true. A Haunting is a partially scripted documentary drama series with actual people participating. All of them had an experience of paranormal recount. 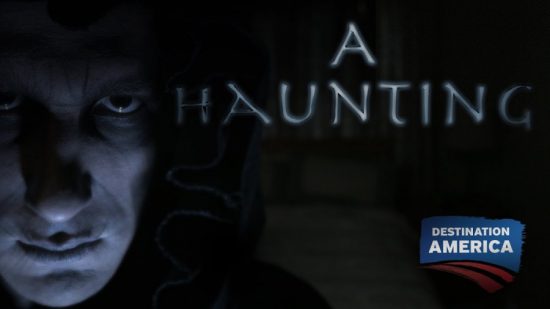 They tell their shocking stories on cameras and the events that frightened them in the past are re-enacted. Some of those participants don’t want to get ridiculed and ask the directors to show them dimmed, just a silhouette. A Haunting is filmed in a very cinematic style. It was created to frighten the viewers, to provide you with chills running down your spine. Some stories are quite common, like buying an old house where someone has died and trying to get hold of young children’s physical bodies. Such stories usually end up with classical acts of exorcism. There are also strange and unordinary stories that you’ll certainly like. Real people’s stories make this series so attractive.

A Haunting started with two special episodes – A Haunting in Connecticut and A Haunting in Georgia. Allison Erkelens was a head writer of them. These first episodes provided the show with strong ratings. A Haunting started airing every week on Discovery Channel.
The series has followed paranormal encounters, traditional ghost and spirits hauntings, activity of all sorts of demons, attacks of ghosts, possessions with a devil and other evil creatures, cryptic visions. The incidents described take place in different corners of the USA. Some of the stories happened in Canada, England and Ireland. They are set in haunted houses and apartments, vast outdoor regions, large farms and even in commercial areas. The cinematic re-enactments are commented by real eyewitnesses and investigators.
The writers of the show look for stories so the episodes are generally based on victims’ stories. For several time Discovery Channel asked the producers to clean certain stories because of sexual and violence. 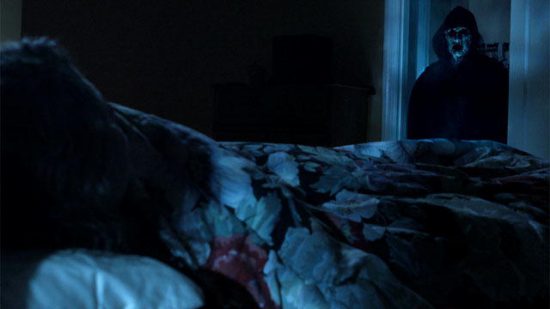 There’s a pattern use for all of the stories. At first, the haunted victim starts noticing peculiar events that slowly get more frequent and strange. At first they deny what they see, but then start to believe in every possible explanation from paranormal investigators and spiritual mediums. Sometimes, the victims manage to resolve their troubles, sometimes, the victims have to leave their homes forever. Some of the most impressive episodes are commented by an experienced demonologist. The episode "The Dark Side" was dedicated to the memory of Ed, who died in 2006.[13] The show returned for the second season on the 23rd of November 2014.

There’s no official info on the release date of the 9th season, but the show’s got growing ratings and positive feedback, so we certainly have good chances to continue watching it next year.