Documentary series have now become an integral part of television as more and more people want to know how the world works. But if earlier documentary programs covered mainly the topics of history and war, so contemporary projects have rather various directions and are connected with different spheres of life. For example, on February 29, 2016 a Canadian-American television channel Viceland presented the documentary series Weediquitte, which has nothing to do with the usual show. At the moment, season 1 is over, but it’s already known that the project is renewed – release date is unknown yet, but the fans are pleased with the fact of continuation and are looking forward to new episodes of this extraordinary show.

This program is a production of TV channel Viceland. The host of the show is a charismatic Krishna Andavolu, and its executive producers are a professional crew: Eddy Moretti, Jordan Roberts, Spike Jonze and Shane Smith. The Weediquitte’s creators are known to be people deeply interested in their work, and an ordinary viewer understands and appreciates this fact watching their amazing program.

It’s the story about a very unusual phenomenon – various embodiments of the application of marijuana in the legal industry, as this product is being used more and more often in different fields of medicine. In season 1 of the program it’s told about the effectiveness of treatment with such a drug and its effect on cancer. The series describes the cases when marijuana treatment is received not only by adults but also by children suffering from cancer. Of course, all this was done only upon the request of their parents. 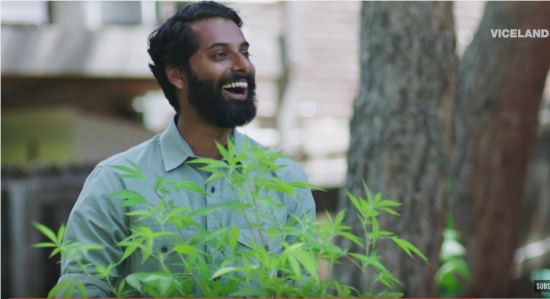 The host Krishna Andavolu believes that too stringent conditions of storage and using marijuana significantly slow down any research in this field and do not allow scientists to move forward in this area. According to Andavolu, comparing marijuana with such potent drugs such as heroin or methamphetamine is totally unreasonable.

At the moment, it’s already known what aspects of the use of marijuana will be considered in season 2. The creators will examine the ways and means of treating an opiate addiction by using marijuana, describe the amazing properties of this plant in the treatment of acute back pain, as well as show the conflict between supporters and opponents of this medicine. Anyway, regardless the preferences and inclinations Weediquette will be interesting to any audience.
While talking about the ratings of season 1, the program can not be called the leader, but this is not surprising, because the show is quite specific, and not all the viewers are able to evaluate the creators’ idea. But if the project goes on a popular television channel, it means that it has its fans, and whether the new season will beat the previous ratings or not will be known very soon, as the continuation of Weediquette is planned for near future.