The Wall is a TV game show created and released in the USA. The release was carried out by NBC channel with the first season release date on the 19th of December 2016. The presenter of the show and the main member of the cast is Chris Hardwick. He also deals with the executive production of the series. He does it together with LeBron James, Maverick Carter and Andrew Glassman. On the 18th of January 2017, NBC channel announced that the show will last for 30 episodes of the first season in total. The Wall season 2 release date is unknown yet. Let’s wait for the end of season 1 to know whether critical acclaim is enough to continue the filming. 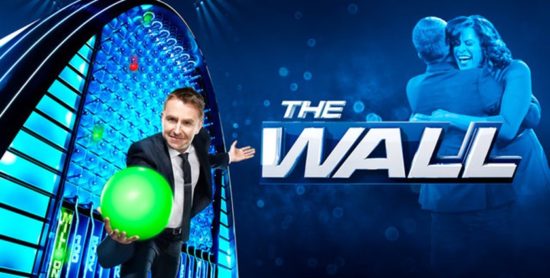 In every new episode of the project, the participants do their best to get a huge cash prize. The Wall looks a lot like bean machine or pachinko game. That’s a four leveled pegboard. There are 15 slots at the bottom of it. Each of the slots is labeled with a certain amount of dollars. Some of the slots increase the progress of the game. There are drop zones at the top part of the board. The balls of different colors are dropped on the board.
If a green ball drops on the board, it adds cash to the bank of the team. If a red one falls, it subtracts cash from the bank. There are two participants in every team and the teams compete for a possible cash prize of $12,374,994. 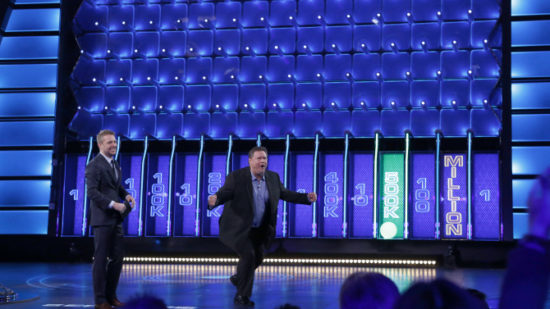 The wall is unpredictable. The task looks simple – give a correct answer to the question. While the stakes are getting higher, the wall starts presenting various outcomes making the team of two work together. Throughout the game, one of the members of the team can be sent to a special isolation room leaving the other team member alone with his or her own thoughts and luck. The show is filled with emotions tempting the participants to get it all and later taking away every single piece of luck by accident. The Wall actually changes lives of people. It’s unpredictable, it’s tempting, it’s shocking. Would you join it? Write your opinion in the comments down below.

NBC channel share no official info about the future of The Wall in its second installment. When more relevant information appears in the official media of the show, you’ll be immediately notified. We’re waiting for your comments and opinions on the project if you’ve already watched the show? Do you like it or not? What makes it truly entertaining?