That’s quite a stand out project demonstrating that life itself can be as spontaneous as a dance. It’s true for all of the five participants of this reality. They form an Afro-American, gay dance team where gender makes no difference (for more info on the participants read further). That’s a group of extremely talented people devoted to dance, but when the music stops and the dance is over, they have to find courage to keep this life going no matter what. They face the terrible reality of the world and its horrible attitude to them. However, in course of the series, each dance team member starts feeling confident and self-consistent. They start realizing their identity through mutual relationships. They put their priorities to the test. They get through a long, emotional journey. They demonstrate true feelings, mutual support, loyalty, love and friendship. Let’s have a brief look at the participants of the show. 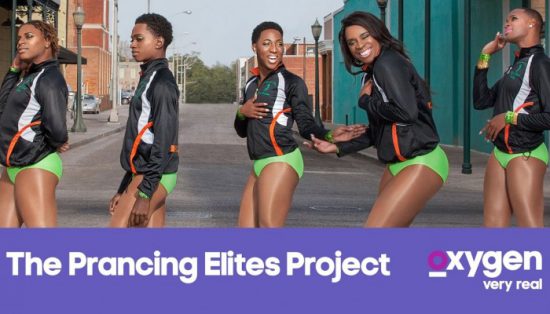 A professionally trained dancer that cannot live without constant drive and movement. Looks like he has been like this since the day he was born. He’s very experienced and his natural skills are undeniable. His gift led him to a well-known Alvin Ailey Dance Theater. Although it turned out that Adrian wanted to develop under his personal terms and left the theatre. He’s a very likable person. He’s honest and sometimes na?ve. There’s one thing that bothers him most – his family doesn’t want to support him. He doesn’t feel the approval of his nearest and dearest. He hopes that The Prancing Elites will help him reach the top.

The captain of the team. Kentrell realized that dancing was her devotion when he was at high school. From that point he stopped looking for any other way in life. Attitude of people around made him feel uncomfortable about who he really was, that’s why he preferred to train alone while being in the bathroom. However, he managed to somehow beat this embarrassment and devote every single moment of his life to his devotion and to his team. Kentrell is a natural leader struggling to be strict and compassionate at a time. Pays a lot of attention to the designs of the suits for the team. Helps his team lead the life they’re willing to. 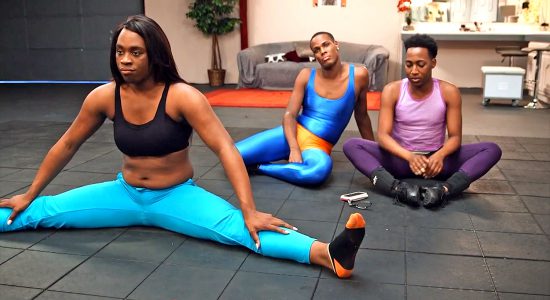 A newbie in the team. Played baseball, football, and basketball at school. He is fond of twerking bringing that hip-hop vibe into the team. Tries to do everything on his own and be maximum independent. Decided to join the group in search of family support that he doesn’t have. He’s usually quiet, but ready to speak his mind when he really has something worth to say. Wants to get his dancing skills to new levels and become a role model encouraging all the people around all together with his dance team members. Learns to live his life openly and at its best.

A sassy dancer with the fighter’s spirit. Learnt not to be ashamed of his personality. Dancing helps him wash away the troubles of his everyday life. He strongly believes that the world’s attitude can change. He’s also sure that the team bears a stronger message than it may seem at first.

The most peaceful and loving member of the group. The only place where she can feel safe is the dance floor. She’s shy, but often creates numerous personal problems in the group. Longs to get safe environment and build up her own family.

Season 3 of The Prancing Elites Project isn’t confirmed yet.