Pyramid is a game show created in the USA. The original idea appeared long ago and the franchise passed through multiple seasons in different variations. It was released worldwide. The debut of the very first version of the project was on the 26th of March 1973. The $10,000 Pyramid was followed by seven Pyramid series (the format and the titles were identical to the original project except for the prize that varied from $10,000 to $100,000).
Dick Clark is the first person who comes into the mind of most part of adult Americans who watched the project in their childhood. He hosted the show from 1973 to 1988. In 1991, the show was revived again and John Davidson hosted it. In 2002, the show was hosted by Donny Osmond and called “Pyramid” – it passed through two seasons. However, it was shut down in 2012.

The show is currently aired by GSN and ABC Channels. A return of The $100,000 Pyramid was on the 26th of June 2016 on ABC. The first season of it was hosted by Michael Strahan.

The game consists of two steps: the main one and the Winners’ Circle. The Pyramid features six categories – three at the bottom, two in the middle and the last one on the top. The Winners’ Circle is a bonus level and the categories are the same, however, they are a lot harder. Two contestants participate in the game. One of them is usually a celebrity. The aim is to find out a set of words or word combinations hinted by the descriptions that the teammates give. The game board has a shape of a pyramid with six categories arranged in it.

Six categories are demonstrated to the players in the beginning of the game. They are accompanied by the hints on their meaning. When one of the categories is chosen, the contestant has half a minute to convey some clues to a set of things referring to a chosen category. Every guessed item gives the team a point. The show demands concentration, that’s why no sound effects are used. 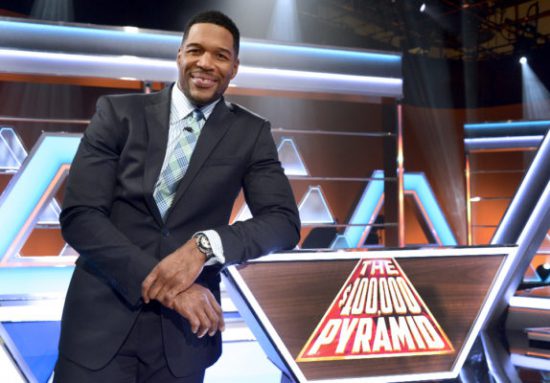 The team that wins in the main game passes on to the Winners’ Circle. The same as with the main game, but the difficulty is increasing. In the oldest versions of the how even gestures were permitted. Later they were forbidden – using gestures disqualified the contestant leaving him or her with no chance to continue playing for the cash prize. The aim is to guess all six categories.