To look beautiful is the dream of many, but not everyone wants to do something for achieving this aim. An American TV channel NBC is going to correct this: on April 13, 2016 was presented a brand new format of the TV show where its contestants competed not in art, but in severe exercise stresses. This project was named Strong. Great workout, kilometers of running, tons of iron – all the participants coming to the project faced this. Season 1 of the program is already over, but the audience enjoyed the show so much that they are puzzled with only one question: when will Strong return for season 2? Release Date has not yet been announced yet, but as the creators themselves and the audience realizes that the continuation is rather logical, because to stop on such a great success would be very foolish. 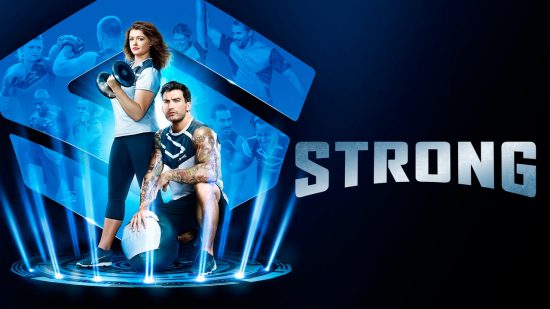 The program is broadcasted on a famous American television channel NBC. The creators of the project and its executive producers are Dave Broome, the world-famous actor Sylvester Stallone, Kevin King-Templeton and Holly Wofford. The host of the show is Gabrielle Reece, a former professional volleyball player, who finished his career and became a coach. The companies responsible for the translating of the series are Sony Pictures Television and Lake Paradise Entertainment.

Peculiarities of the Plot

The basis of the plot is a competition among the athletes. 10 male trainers prepare 10 women, helping them in the process of training and developing their individual programs. The emphasis is not only on the physical preparation; experts also improve moral and psychological state of their trainees, helping them to achieve harmony, to forget about their problems and focus on their goals. The list of events in which the participants are fighting is very large: this is boxing, mixed martial arts, exercises, increasing endurance, and so on.
The show Strong is carried out in elimination format, which is pretty typical for this type of the project, but there are some peculiarities. The maximum amount the winning team can earn may be $ 500,000, but the final result depends on the participants’ work throughout the show, and the results that they have demonstrated. 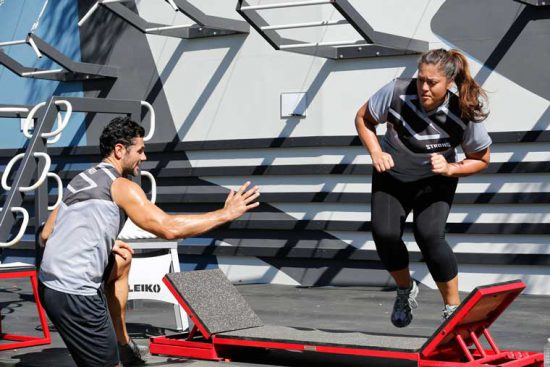 Show ratings and Possibilities for Renewal

Season 1 of Strong consisted of 7 episodes, and each of them lasted about 60 minutes. The premiere was watched by 3.33 million people, which is a rather good result. But with the release of further episodes this indicator fell slightly, and by the end of the season was about 2.66 million. Despite this the creators are confident that this is not a problem and the show will keep its regular audience with it. No information about the release date of season 2 has been reported yet, but it has all the chances, so fans of the project should be ready for the continuation as the creators still have a great number of ideas that they didn’t have the chance to realize during season 1. All the news about the release are able to be found on the Internet.