Storage Wars is quite an unusual; project created in the USA. The series is aired by A&E Network. The premiere episode was released on the 1st of December 2010. The show passed through 10 episodes with 197 episodes in total. It follows experienced buyers in search of real treasures hidden in depths of storage unites. Their aim is to by the most expensive item as cheap as it’s possible.

This reality project shows those who can buy different goods with professional approach. State laws of California allow them to search for unique stuff in storage lockers of people who hadn’t paid their rent for too long. The contents of the lockers is sold out by the auctioneer in a single package. The point is that the buyers have no more than 5 minute to have a look at the stuff and pick out something worthy. Besides, each of them tries to make profit out of the deal. 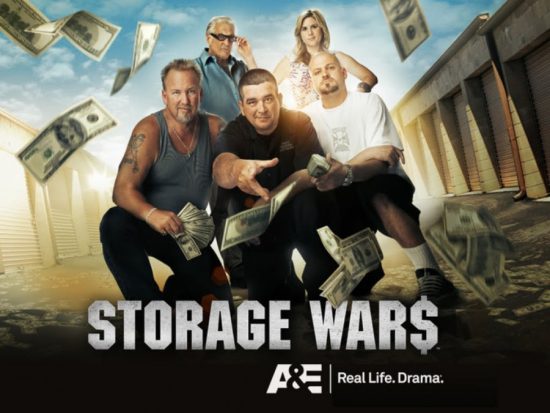 History of the Project

Storage Wars are popular all over the world now. This format was officially used by a number of countries like Canada, Croatia, Australia, Ireland, the United Kingdom, Finland, Sweden, Norway, Italy, Germany, France, Poland, Spain, France, New Zealand, Denmark and others.
One season of Storage Wars usually consists of 19 episodes. 17 episodes out of these 19 are filmed in a number of storage facilities situated on the South of California. From the very beginning of airing Storage Wars has enjoyed positive ratings. It turned out to be extremely successful with 5.1 million viewers in total. The program suddenly began to be the most wanted in A&E history.
In January of 2012 Storage Wars was renewed for 26-episodes more. The season started on the 5th of June 5, 2012. For some specific reasons only 20 episodes were aired. Season 3 started on the 4th of December 2012. Season 4 premiered on the 16th of April 16 2013. The 6th season was planned for November of 2014.
After the 6th season several spin-offs were produced and filmed in different parts of the USA. 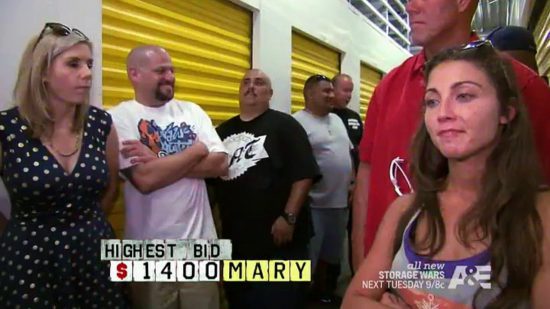 It’s the narrator and the executive producer of Storage wars. He briefly explains the general idea of the show in the very beginning of the episodes and talks about profits or losses in the end.

The show got 6.6 rating out of 10 possible on IMDb and 7.9 points out of 10 on TV.com. Season 1 drew more than 2 million viewers which made the show top rated non-fictional unscripted project on A&E.  In 2010 the show attracted about 2.5 million viewers. The very first episode of season 2 drew more than 5 million viewers – it was the highest episode rating in series aired by A&E. Since that time the ratings are quite stable. However, not long time ago there appeared a serious controversy concerning the authenticity of the events happening in the show.

There’s no information about the continuation of the project and the renewal of Storage Wars for the 10th season, but ratings and reputation give us a chance to hope for the better!