If you’re in search of something new to watch or have no idea about the updates of your favorite TV show you’ve got to the right place. We are in constant search of the news and up-to-date facts on latest broadcasts of drama series, anime and reality projects. Check this out if you’re desperately looking forward to your favorite Sing it On reality show and the possible release date of its second season.

Sing it On is a reality TV project created in the USA. It is broadcast on Pop channel. The creators of the show got the inspiration from the Pitch Perfect TV project. Core Media Group is responsible for the production of the project. They are also the co-producers of such projects as American Idol and So You Think You Can Dance. The executive producers are Jennifer O’Connel, Teri Wagner Flynn, Kallissa Miller, John Legend, Ty Stiklorius and Mike Jackson. The premiere of season 1 was on the 13th of May 2015.

The show concentrates on real lives of its participants. They compete in cappella teams for the ICCA Finals. You’ll experience their ups and downs, their best and worst moments. That’s a powerful and very emotional TV project about talented people and their aspirations.
The first season consists of eight one hour episodes. What about the upcoming second season? Is there any hope?

The producer and the co-executive producer are Brett Schneider and Glenn Stickley. 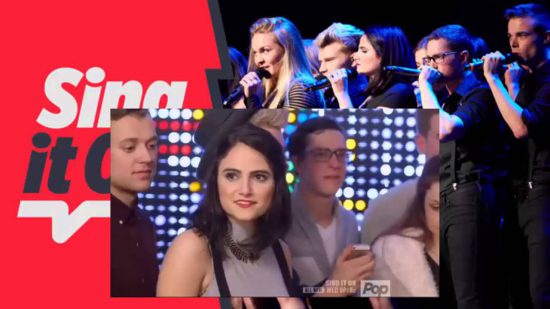 The theme music for the series was created by Josh Mobley and Jeremy Huddleston.
Samantha Creighton participated in the creation of all of the episodes of Sing It On.

The reviews and opinions are quite mixed. Some of the viewers think that the participants are too egoistic and selfish. The only think they can concentrate on is their own personality and the only thing they can do is proclaim their beauty and talent on camera with no evident proof. Looks like the creators of the show do their best not to portray the leaders of the groups in favorable light. Putting it shortly, they say there’s too much drama in the show. 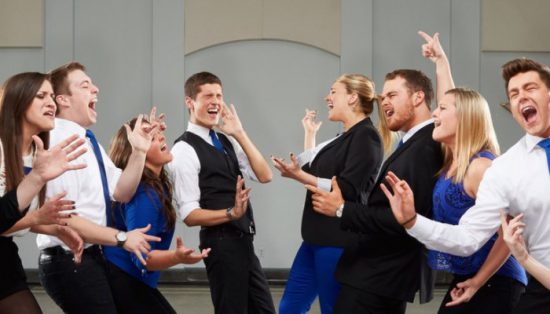 The format of the show turned to be strange – the participants made their comments interrupting themselves singing.

The Pop channel officially announced the continuation of the project despite the ratings and the feedback. The exact release date is unknown yet, but the second chapter of this reality TV series is planned for the second half of this year 2016. Don’t forget to check for the updates and share your info with us in the comments below!