RuPaul is the central character of the project. He’s a judge, a host and a contestants’ mentor. The show consists of numerous weekly challenges. Usually the contestants fight for a cash prize about $100,000 (depending on the version of the show and the season) and for some additional prizes.

The first season premiere episode was released on the 22nd of October 2012. It featured 12 contestants from the four seasons of the original show. The participants of the show were judged according to the way they express their charisma, nerve, talent and other personal qualities. The one who became the winner of the show got a one of a kind MAC cosmetics set and a $100,000 in cash.

Everything starts with getting new people for the cast. The teams usually consist of the talented newcomers and well-known queens. Most of them took part in the original seasons of the project.

Each of the mini challenges consists of contestants’ competitions, in which they have to perform according to different requirements. They also have to remember about limited time for each of the performances.
It’s not a regular rule, but in most cases the winner of the mini competition gets an advantage before he passes on to the next challenge, which is the main one. 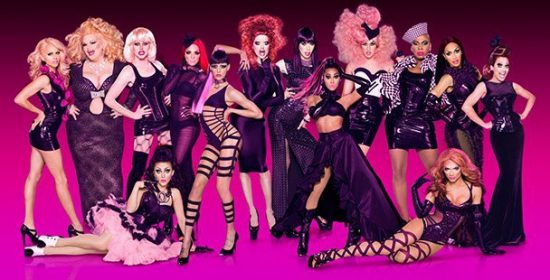 The rule for the main challenge often differ from one episode to another. These rules cover both individual and team challenges. The one who wins the main challenge gets a special prize. In the original series, the winners got such prizes as designer clothing, elite cosmetics sets, cruises or vacations.
Challenges in every new episode check the abilities of the contestants to show their talents and bravely perform on camera. They can be simple music performances or humorous performances. Season 1 mostly concentrated on group performances while the 2nd one was more individually focused.

The title of the song used on the runway is "Sexy Drag Queen". The second theme song used in the credits is "Responsitrannity". The second one is taken out of RuPaul’s “Glamazon” album.

Unfortunately, we still have no info about when will the third season start, so the fans will have to wait longer to get the official confirmation from Logo network.