The series is a curious mixture of different genres such as interview, comedy, and documentary series. Being by Australian production, the series premiered in September 2013 for the first time. Four seasons have been launched as for now. The latest season release date is considered to be February 3, 2016. The distributor is the ABC AU channel.
The basis of the story is the format of Jerry Seinfeld’s Comedians in Cars Getting Coffee. Among the executives, there are the following:

Julia Zemiro is the host of the show. She travels across the country arranging interviews with people who work in the spheres of comedy, journalism, arts, and sports. The latest season premiere was noted for the appearance of such members of the cast as Kerry O’Brian, Rebel Wilson, Kerri-Ann Kennerley, Denise Scott, Geoffrey Robertson, Ben Quilty, Greig Pickhaver, and Miranda Tapsell.
The talks are always revealing and vivid. Julia tries to follow the tradition of surprising her conversation partners with sudden and pleasing calls from their parents or old friends. 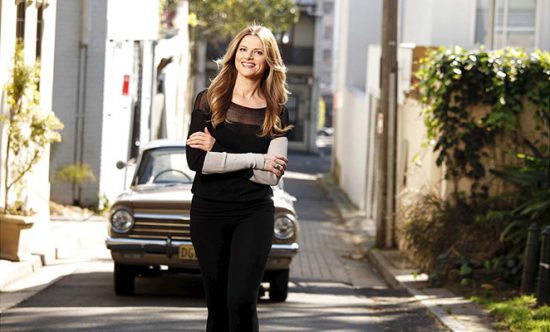 As for the numbers garnered during the whole broadcast starting from 2013, they are more or less steady balancing only within the boundaries of 0.5 and 0.7 million watchers. This is average yet enough in order to keep speaking of the series continuation.
The audience seems to be much pleased by each new episode. The score is more than just a middling point – 7.2 out of 10 on IMDb. Do you expect the arrival of the fifth season air date? When will it become clarified according to your point-of-view? Do you feel the anticipation in your heart regarding the future release? Is this project dear to your taste or not? Share your thoughts with us and followers of our service! We would be much pleased to receive your feedback!
So far, nothing has been exposed regarding either resumption or cancellation. As the revival is much probable, we can wait for the immediate appearance of Julia Zemiro’s Home Delivery season 2 release date in the near future, for the launch can be scheduled for the start of the already upcoming year.