A new survival competition under the title “I Survived a Zombie Apocalypse” is not going to gladden us so far with its second season. So let’s keep waiting for the official announcement.

The given series serves as a game show broadcasted on BBC Three in the UK. The project is co-produced by such executives as Andy Brereton (Murder in Successville) and Sebastian Grant. The direction is on Simon Dinsell (Derren Brown: The Events, Home for the Holidays).

The premiere of the first and so far the latest season was held in the previous February having been filmed at the Freeport Leisure and Retail Village in West Calder, Scotland.

Have you ever thought of experiencing a zombie apocalypse? With the project like this, this becomes possible so you can turn into a contestant whose goal will be to survive.
This series was called as one of the toughest competitive projects on British television. The series is hosted by Greg James. The producers of the BBC Three channel are choosing the members of the future competition and a big deal starts. 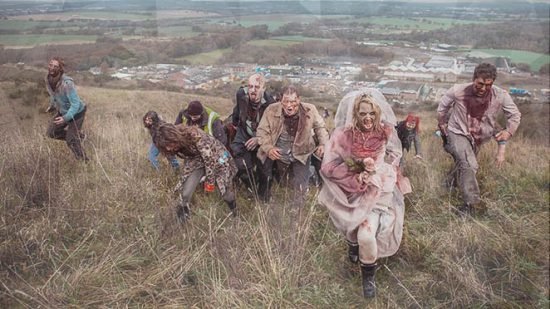 This team of contestants includes ten people who are put into a shopping mall where the walking dead are to follow them at every turn. So the apocalyptic adventure is given a tremendous and terrifying start. If you can’t bear such types of horror stories, do not even try to watch it just to be in safe as this competition lasts for seven days. The script unfolds half a year after exposure to "Super-fast 5G Wifi".
The contestants are not only to provide themselves with food, water, and shelter but also to cope with the set tasks. The key for survival is to evade the zombies by any means. As you know, even a slight touch causes you becoming dead. The smartphones are also expanding the infection.
After seven days have passed, the Army will take any survivors out of the area to a safe territory. The group of contestants was refilled in the fourth episode with Jordan and Nic arriving on Morning 4, and Natasha joining them on Night 4.
Within time boundaries of each episode, the watchers are to follow all events that are happening during the day with some intervals from Greg James who is commenting on the progress of the members of the show and advising how to stay alive during the outbreak. 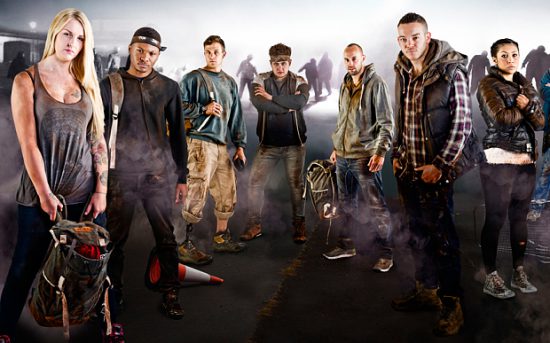 Catching up with the current situation

Bowing out at the end of the preceding March, the series has been put on hold so far. The thing is that the developers are yet in two minds about whether to continue this project or not. What is the reason for such a detention?
Though there is no info about the resumption, we can set your mind to ease noting that before the cancellation is not officially announced, there is a chance of the project survival. That’s why the essence to wait for the statement of the I Survived a Zombie Apocalypse season 2 release date exists in fact. So be in the swim in case of near developments.