Go for It is a game show released by ITV starting from the 27th of August this year. The presenter of the project is Stephen Mulhern.

The creator of Go For It is John de Mol.

The first game show that ITV channel imported was You Bet! Later it gave way to The Moment of Truth and Epic Win. The last part of this game show heritage was Go for It.
The format of the show is simple to understand and this simplicity makes the show one of the most popular entertainment projects nowadays. The challenged are usually simple: the aim is to achieve a a certain aim. The task gets even more challenging due to the added time pressure (which is not always obligatory, challenges may be different). The winner gets a cash prize of ?1000. The losers leaves the project in disgrace.
Go for It is attractive to the viewers due to unpredictable challenges to face. A number of them is connected with alcohol (making a cocktail while balancing on a pogo stick, unicycle riding on wine glasses turned upside down, using a digger to uncork the champagne bottle). 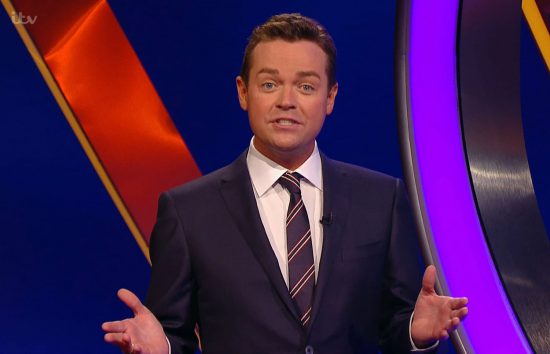 There are also some really bizarre challenges. One of them is identifying a vacuum cleaner by the way it sounds. However, some of the challenges are quite habitual. For instance, solving a Rubik’s Cube for a certain restricted period of time. The only thing that unites all of the challenges together is that they’re always difficult and watching the participants proves it. There are usually six challenges in every new episode.
The first season of Go For It was fully filmed in the studio and now the fans are looking forward to some new locations in the second season premiere.
Go for It is a very lightweight project – perfect for family-friendly viewing.

Unfortunately, we don’t know when the show will get back to our TV screens, but the project was officially renewed and the casting concluded on the 28th of October this year. Second season release date is yet to be scheduled.