This new series released by Netflix is a documentary show that allows you to have a look at professional bull riders. In every new episode, the viewers have a chance to follow lives of some of the truly experienced professionals participating in bull riding competitions held in Las Vegas every year. The curious thing here is that some of the best riders in the show are often from South America. First season is available for streaming right now.

It’s considered to be one of the most dangerous sports ever. In America it’s getting more and more popular and it inspired the creators of the project. Bull Riders was called a global phenomenon being the first project devoted to such a rare type of sport. 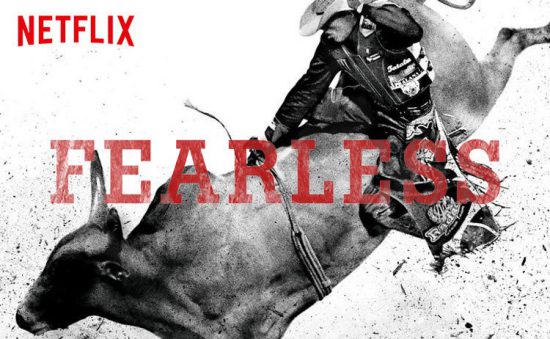 Sean Gleason is the one who produces the show making it a real brand. He’s also a member of the cast and Professional Bull Riders’ main executive.
The director of the project is Michael John Warren. He devoted a ton of time to make the show look as smooth and professional as it’s possible. Fearless graphic design is perfect combined with nice music. Music in the series was given special attention – Fearless soundtracks are levels higher than those used in similar projects.
Filming was mostly done in Brazil, cause Brazil is the one supplying Professional Bull Riders from all over the world. The show demonstrates misty, atmospheric and all the same idyllic landscapes with ranches filled with cowboys training from morning till night.

That’s partially a reality show due to the presence of a number of dramatic moments. Some of them are connected with national diversion of American and Brazilian riders and the way they treat sports and life in general. 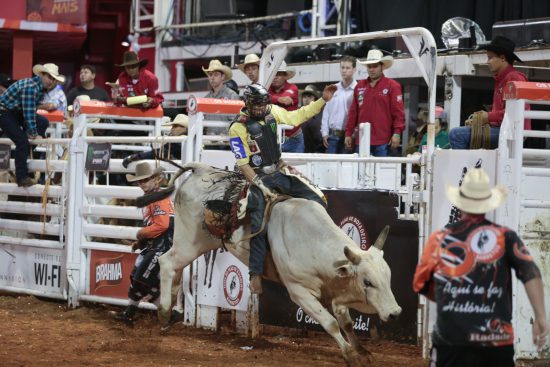 The competitions and the championships, on the contrary, aren’t extremely dramatic. Of course, some episodes manage to make viewers feel worried for the riders’ health. The most somber situations happen when paramedics are called for help.
Unfortunately, the directors didn’t manage to film enough action for the show and half of the episodes is intercepted with long interviews and long lasting discussions of reasons to devote a man’s life to riding bulls.
The most positive thing here is that the show looks like nothing else on TV. Humans become rag dolls, jerking and folding on the back of a dangerous and unpredictable animal. For the 2nd season air date, scroll down further.

There’s no info on the continuation of the show and possible future releases. We’re constantly following the news on numerous TV projects and if you want to know when will Fearless be renewed for season two, subscribe to our updates.